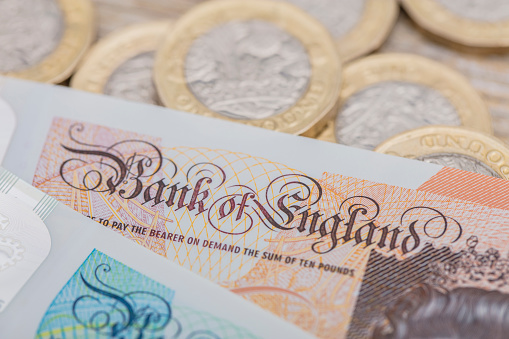 At today’s meeting, the BOE voted unanimously to leave the Bank rate unchanged at a record low of 0.1%. Meanwhile, the central bank voted 8-1 to keep the asset purchase program at 895B pound, of which 875B pound is government bonds. Policymakers also announced to slow the pace of asset purchases so that the program would be complete by the end of the year. It comes in earlier than out anticipation. On the economic outlook, the staff upgraded GDP growth forecasts and revised lower the unemployment rate projection.

Thanks to the fiscal stimulus and satisfactory vaccine rollout, the BOE upgraded its economic outlook for this year. Real GDP is projected to grow by +7.5% y/y in 2021, up from +5% estimated in February. Contraction in 1Q21 would be around -1.5%, less weak than February’s estimates, followed by a sharp rebound in 2Q21. Policymakers, however, cautioned that “activity in that quarter is likely to remain on average around 5% below its level in 4Q19. The members are confident about recovery in the second half of the year. As suggested in the minutes “GDP is expected to recover strongly to pre-Covid levels over the remainder of this year in the absence of most restrictions on domestic economic activity. Demand growth is further boosted by a decline in health risks and a fall in uncertainty, as well as announced fiscal and monetary stimulus”. The pace of growth would, however, “slow as the boost from some of those factors wanes”.

The central bank revised lower the unemployment rate, largely reflecting government’s extension of the furlough scheme in March’s budget. The jobless rate is projected to peak at just below 5.5% in 3Q21, compared with 7.75% projected in February. As suggested in the minutes, “the furlough scheme, alongside a projected recovery in activity and demand for labor, is expected to support employment. Job vacancies – an indicator of labor demand – had already begun to pick up during 1Q21”. The minutes added that unemployment would “rise as more people start to search for jobs as social distancing measures ease, and so some of the fall in labor market participation unwinds”.

On the price level, the BOE forecast that inflation would “rise temporarily above the 2% target towards the end of 2021, owing mainly to developments in energy prices”. It continues to see inflation return to around 2% in the medium term.

QE Tapering to Begin in May

The members voted 8-1 to keep the QE program unchanged. The members voted 8-1 to keep the QE program unchanged. Chief economist Andy Haldane, who is leaving the committee in June, preferred to reduce the target for the stock of these purchases to 825B pound. What’s new is the announcement to trim the weekly purchase to 3.4B pound between May and August, from the current 4.4B pound. As noted in the accompanying statement, “as envisaged since the announcement of the program in November 2020 and consistent with developments in financial markets since then, the pace of these continuing purchases could now be slowed somewhat. The expected completion point of the purchase program remained unchanged”. It added that “this operational decision should not be interpreted as a change in the stance of monetary policy”.