Trading continues to be relatively subdued in the forex markets. US Treasury Janet Yellen’s comments prompted selloff in stocks overnight. But reactions in currencies were just mild, with most pairs and crosses range bound. Strong job data from New Zealand is giving the Kiwi a lift, while Aussie is supported by strong construction data. Yen and Dollar turn a bit softer. 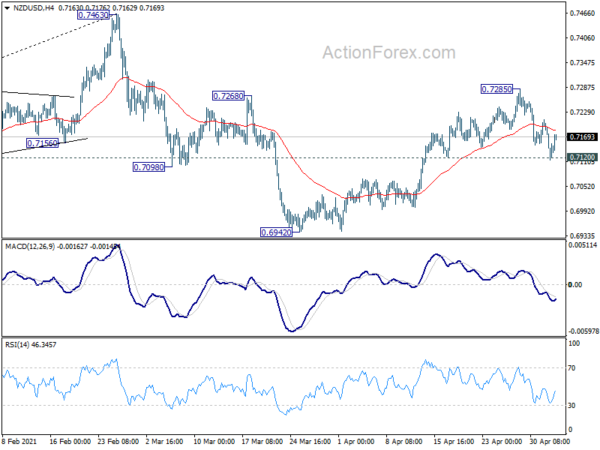 US closed mixed overnight, but notable decline was seen in NASDAQ. The selloff came after Treasury Secretary, former Fed chair, Janet Yellen said that “it may be that interest rates will have to rise somewhat to make sure that our economy doesn’t overheat, even though the additional spending is relatively small relative to the size of the economy”.

Nevertheless, later in the day, she clarified that she was neither predicting nor recommending a rate hike. “If anybody appreciates the independence of the Fed, I think that person is me,” she said. “I don’t think there’s going to be an inflationary problem. But if there is the Fed will be counted on to address them.” 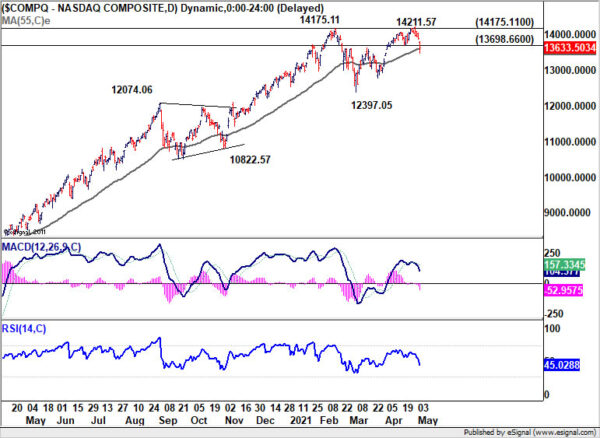 Dallas Fed President Robert Kaplan “a lot has changed since December” in the US, with strong fiscal stimulus, fast vaccinations and eased restrictions. Hence, “it will make sense to at least start discussing how we would go about adjusting these purchases and start having those discussions sooner rather than later.”

On the other hand, San Francisco Fed President Mary Daly said the right time to start tapering is “when we are much closer to achieving our dual mandate goals than we are now… We have an optimistic outlook, a long way to go, and we are not out of the woods yet… we have only had a couple of months of really good data.”

Minneapolis Fed President Neel Kashkari said Fed should “not cut off the recovery prematurely.” “Today, roughly eight million Americans are out of work who were working before the pandemic. I assume that those folks want to work again,” he said. “How long is it going to take to bring all of those folks back into the labor market and really achieve full employment? We’ll see. It may take a few years.”

“There have been some gains in labour market outcomes, especially for women, over the past two quarters. However, annual changes indicate the labour market still hasn’t returned to pre-COVID-19 levels for men or women,” work, wealth, and wellbeing statistics senior manager Sean Broughton said.

Australia AiG Performance of Construction Index dropped -2.7 pts to 59.1 in April, but stayed in expansion. Also, all four components of activity expanded strongly, with the activity index reaching a record high of 62.8. Employment dropped -3.9 to 59.2. New orders dropped -7.7 to 57.0. Supplier deliveries dropped -6.1 to 56.0. 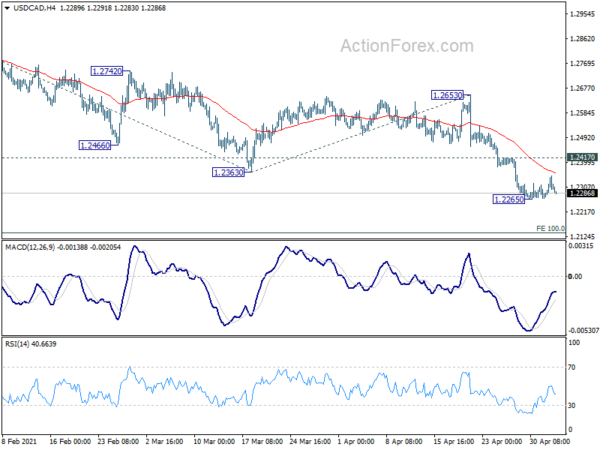 In the bigger picture, fall from 1.4667 is seen as the third leg of the corrective pattern from 1.4689 (2016 high). Further decline should be seen back to 1.2061 (2017 low). We’d look for strong support from there to bring rebound. Nevertheless, sustained break of 1.2653 resistance is needed to be the first sign of medium term bottoming. Otherwise, outlook will remain bearish in case of strong rebound. 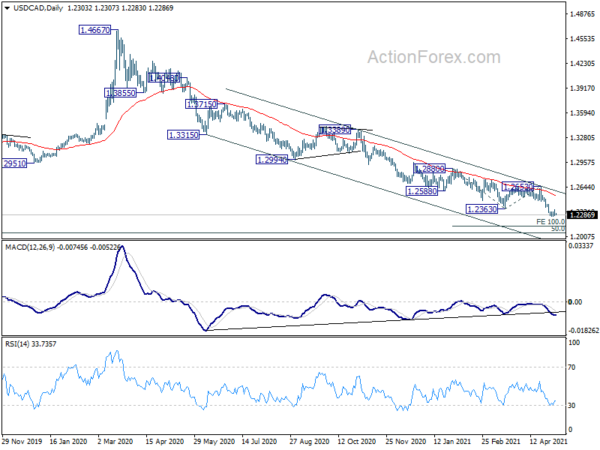 Oil prices slide 3% as China’s COVID protests spark demand worries
How To Use RSI For Forex Trading Strategy That Works
Singapore’s PropertyGuru slips back into the red with $5.3 million net loss for the third quarter
US stocks close higher. Two day up streak for the major indices
Impact from poor 7 year auction not lasting