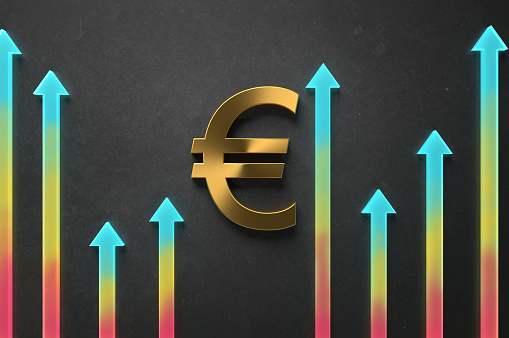 Swiss Franc and Euro jump in overall mixed markets. There were little reaction to better than expected job data from the US. BoE’s slowing of asset purchases, and surprising voting prompted brief rally in the Pound, but there is no follow through momentum. Australian Dollar quickly pared back the losses on increasing tension with China. European indices are hovering between gains an losses while US futures are mixed too. Traders might need to wait for tomorrow’s non-farm payroll data before taking a firmer stance.

Technically, though, Dollar is looking vulnerable against Euro and Swiss Franc. With today’s recovery, focus will firstly be on 1.2075 minor resistance in EUR/USD. Break will suggest that correction from 1.2149 has completed, and larger up trend is ready to resume. USD/CHF is also pressing 0.9079 temporary low too. Break will resume larger down trend. We’d also watch is gold could finally break through 1800 handle to resume the rise from 1677.69. 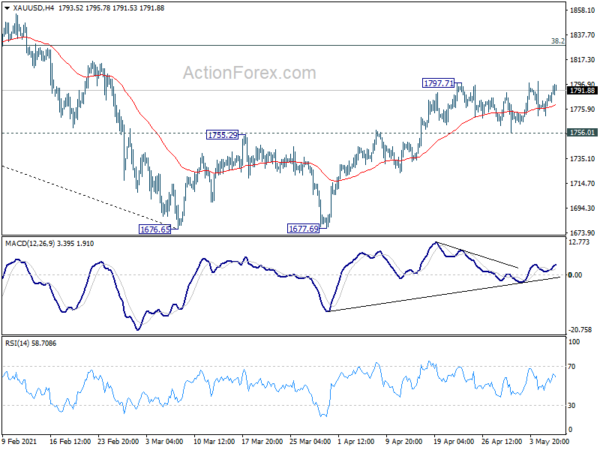 BoE kept monetary policy unchanged as widely expected. Bank rate is held at 0.10% on unanimous vote. Asset purchase target was kept at GBP 895B in total. Chief economist Andy Haldane surprisingly dissented, “preferring to continue with the existing programme of UK government bond purchases but to reduce the target for the stock of these purchases from £875 billion to £825 billion.”

The MPC will “continue to monitor the situation closely” and taken whatever action is necessary”. Also, “the Committee does not intend to tighten monetary policy at least until there is clear evidence that significant progress is being made in eliminating spare capacity and achieving the 2% inflation target sustainably.”

The central bank said economic activity is expected to “rise sharply” in Q2 and GDP would recovery to pre-Covid level “over the remainder of this year”, in absence of most restrictions.

UK PMI services finalized at 61.0, surge of pent up demand started to flow through

Tim Moore, Economics Director at IHS Markit: “April data illustrates that a surge of pent up demand has started to flow through the UK economy following the loosening of pandemic restrictions, which lifted private sector growth to its highest since October 2013. The roadmap for reopening leisure, hospitality and other customer-facing activities resulted in a sharp increase in forward bookings and new project starts across the service sector. If the rebound in order books continues along its recent trajectory during the rest of the second quarter, then service sector output growth looks very likely to surpass the survey-record high seen back in April 1997.”

ANZ said: “Any ECON 101 student or business person can tell you that strong demand and hampered supply is a sure-fire recipe for inflation. The RBNZ can ignore it only as long as inflation expectations remain well-anchored. So far so good; but it’s a lagging, not leading, indicator.” 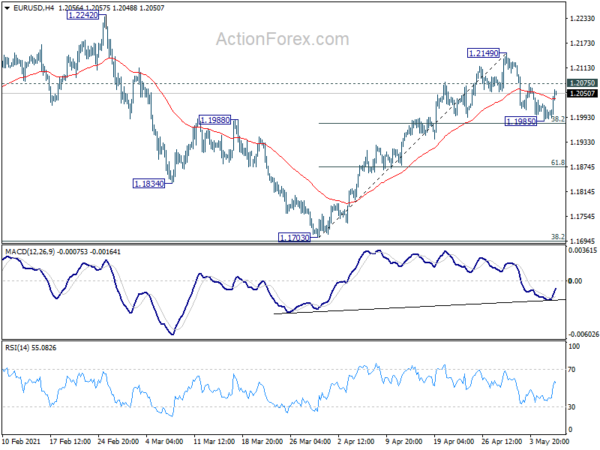 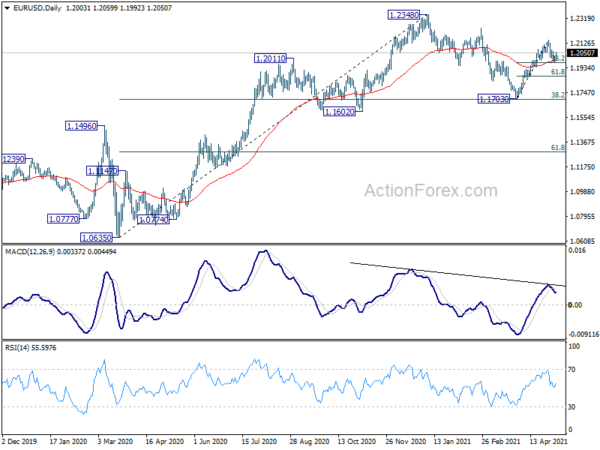