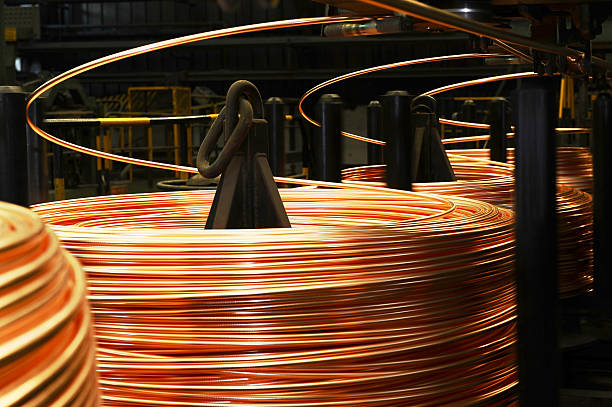 The recent rally in copper price has been driven by potential supply deficit in coming years. Stimulus measures rolled by major economies, such as the US, the UK and China, have put strong focus on green energy. Developments of which are expected to significantly raise demand for copper. Meanwhile, issues in major copper producers, especially Chile and Peru, have intensified the supply outlook, propelling copper price higher.

The rally of copper price has accelerated at the turn of this year, driven by hopes of rapid global recovery. Beside reflationary trades, the metal has been boosted by the green energy theme. In his US$2 trillion infrastructure plan, Joe Biden proposed to allocate US$174B to boost the electric vehicle (EV) market and shift away from gas-powered cars, and US$100B to electric grids. Bien is also committed to put the country on a path to net-zero carbon emissions by 2050. Meanwhile, the UK has announced to set the climate change target into law to reduce emissions by 78% by 2035 compared to 1990 levels.

Use of copper would be critical for a shift of the world economy toward net zero emissions. Goldman Sach’s in its April report projected that demand for copper in wind, solar, EV and battery technology would be six-fold to 5.4M tones by 2030. However, it takes time to for supply to catch up. Normally, 2-3 years are needed to extend an existing mine while about 8 years are needed for development of a new greenfield project. Bank of America forecast that current supply would only be able to cover 3.3 weeks of demand. It also projected that copper deficit would worsen to 185K tonnes this year and then to 369K tonnes by next year, before returning to a surplus in 2023. Similarly, Goldman Sachs projected copper deficit in both 2021 and 2022. Yet, it has warned that a mega deficit would come from 2025 onward as major economies accelerate their green energy projects.

Policies in major producers are also disincentivizing new investments. Recently, the Chilean government is proposing a bill to impose progressive taxes on copper sales. The bill, if approved, would add marginal rates starting at 15% on sales derived from copper prices of between US$2 and US$2.50/ pound and as much as 75% when prices exceed US$4. The government has estimated that the total tax burden for large miners would exceed 80%. If approved, the measure would come into effect in 2024 and would severely reduce investment in copper mining in the country.

Gold rises Rs 352; silver rallies Rs 1,447
Dollar Strikes Back on Solid Job Data, With Strong Wage Growth
WTI crude oil settles at $79.98
NZD/USD traces out an outside day in a spot to watch for a US dollar reversal
The Fed’s path to a ‘Goldilocks’ economy just got a little more complicated