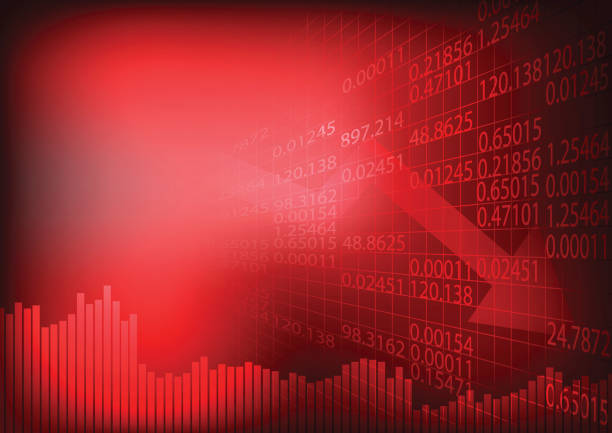 Tech led global equities selloff is a major theme today, spreading from Asia to Europe to the US. In the background, there seems to be heightened concerns on inflation over surging commodity prices. European indexes are all in deep red while NASDAQ future is down another -1.6%. The reactions in the currency markets are mild though. Swiss Franc is currently the weakest one, followed by Dollar. New Euro is one of the strongest, as supported by much better than expected economic sentiment data.

Technically, one focus is whether Dollar’s decline could resume if stocks do stabilize later in the US session. In particular, EUR/USD has the prospect to break through 1.2177 temporary top to resume the rise from 1.1703. Meanwhile, USD/CHF’s decline could also reaccelerate towards 0.8756 low. GBP/USD is also on track to retest 1.4240 high too.

At this moment, deeper pull back cannot be ruled out based on global market development. We’d believe that 27747.88 fibonacci support is the key to level to defend. Medium term outlook will stay bullish as long as it holds. But a firm break there would argue that a medium term correction is already underway. 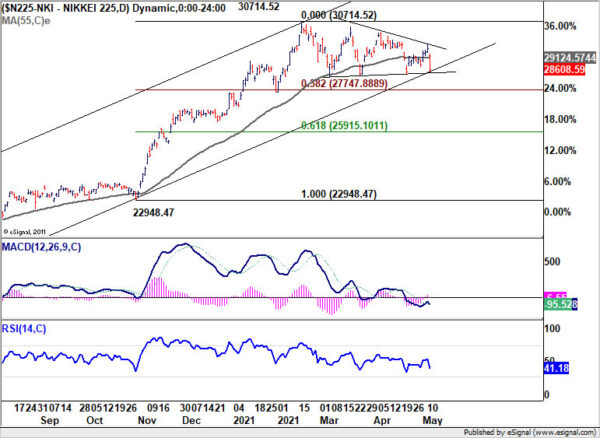 “The slowing down of the third COVID-19 wave has made financial market experts even more optimistic. The ZEW Indicator of Economic Sentiment in the May survey has reached its highest level in more than 20 years. The assessment of the economic situation has also improved noticeably. The experts expect a significant economic upswing in the coming six months. The economic outlook for the euro area and the United States has improved considerably as well,” comments ZEW President Professor Achim Wambach on current expectations.

ECB Villeroy: Any suggestion of reduction in PEPP is purely speculative

ECB Governing Council member Francois Villeroy de Galhau the PEPP asset purchase program will continue until at least March 2022. “Any suggestion of a reduction in our purchases before then – what is sometimes called by the technical term tapering or phasing-out – is purely speculative”, he said.

He added that even if the central was to ease back on the program, broader monetary policy stance would remain accommodative.

In the Summary of Opinions of BoJ’s April 26-27 meeting, board members noted that risks to economic activity are “skewed to the downside” due to the impact of COVID-19, including the “current spread of variants” and “recent reinstatement of state of emergency”. Also uncertainties remain high, such as “progress with vaccinations”.

One member warned, “if vaccinations do not proceed smoothly in Japan in contrast to the progress abroad, it is concerning that the country might be left behind even in terms of economic growth.”

One member also noted, “in order to bring Japan’s economy back onto a growth path early, it is important to have an acceleration in the pace of vaccinations while mitigating deterioration in consumer sentiment and volatile movements in financial markets.”

Another member also said, “reflecting differences in progress with vaccinations and policy responses, varied and uneven developments have been seen across regions and industries, which can be characterized as K-shaped recovery”. The member added, “there is some possibility that the recovery will stall and policy responses will be terminated prematurely. There also are political and geopolitical risks to a certain extent.

Intraday bias in EUR/USD remains neutral for consolidation below 1.2177 temporary top. Downside should be contained by 1.1985 support to bring another rise. On the upside, break of 1.2177 will resume the rally from 1.1703 for retesting 1.2242/2348 resistance zone. Decisive break there will resume larger up trend for 1.2555 key resistance zone next. 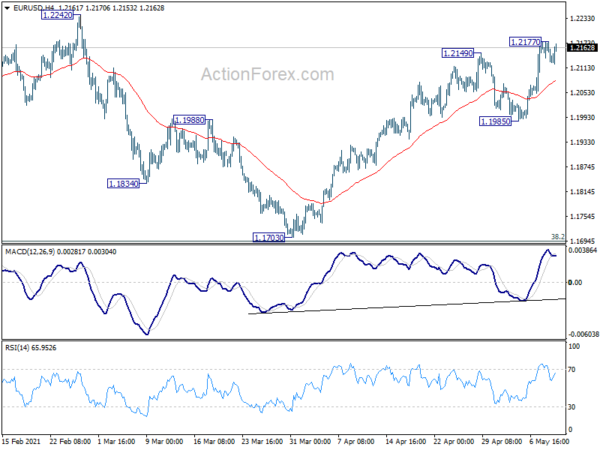 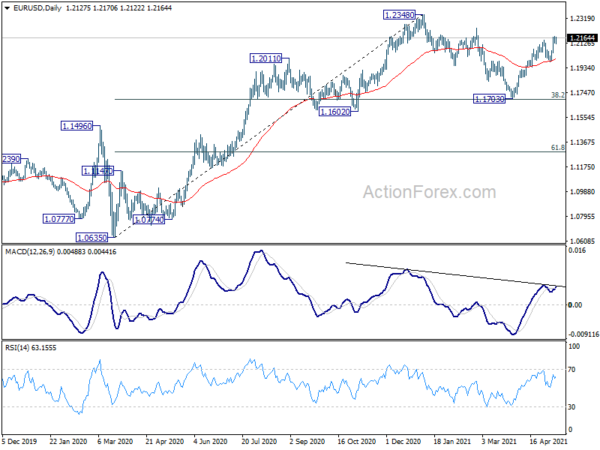