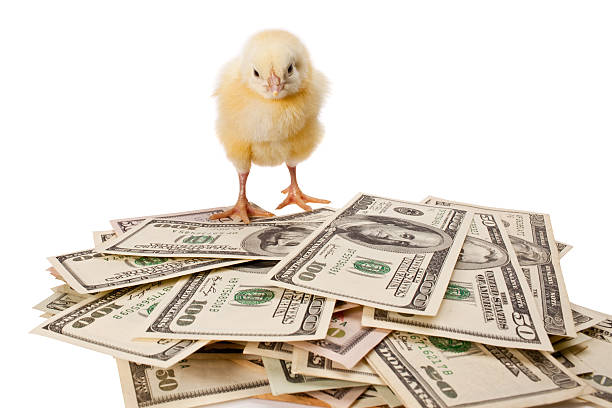 Commodity currencies are trading as the weaker ones for today so far, as risk markets turn softer. Major European indexes are in slight red,. while US futures point to lower open. Yen is currently the stronger ones, followed by Swiss Franc and then Dollar. But overall, major pairs and crosses are still generally stuck in range.

Technically, we’d pay some attention to the developments in Gold. It’s now in proximity to medium term falling channel. Sustained break there should confirm completion of the correction from 2075.18. In this case, rise from 1676.65 would likely accelerate upward. And that could be a prelude to downside breakout in Dollar. Though, rejection by the channel resistance would promote near term bearish reversal, and help lift Dollar for a rebound. 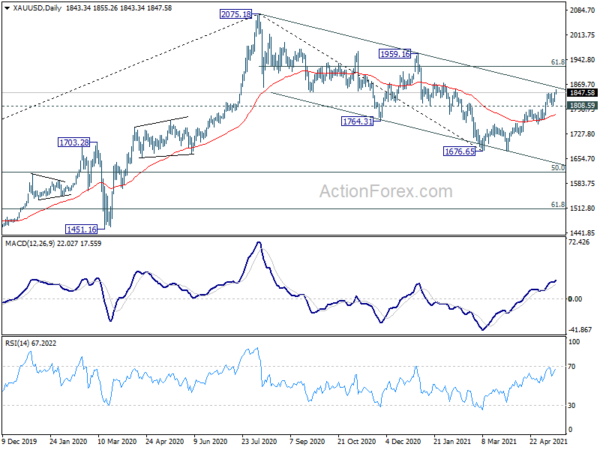 US Empire State Manufacturing general business condition dropped to 24.3 in May, down from 26.3, above expectation of 24.0.

EU said they will temporarily suspend the increase of its rebalancing measures on the US 232 steel and aluminum tariffs, imposed during the era of former US President Donald Trump. EU said, “this gives us space to find joint solutions to this dispute and tackle global excess capacity”.

The National Bureau of Statistics said that the economy showed “steady improvement” in April, but the foundation was “not solid” as new problems are emerging. Recovery also remains “uneven”. It expected the economy to operate within a reasonable range.

Suggested reading on China: China’s Growth Slowed Across the Board in April

GBP/USD is staying in consolidation from 1.4165 and intraday bias remains neutral first. Further rise is expected with 1.4008 resistance turned support intact. On the upside, break of 1.4165 will resume the rise from 1.3668 to retest 1.4240 high. On the downside, however, firm break of 1.4008 will delay the bullish case and extend the corrective pattern from 1.4240 with another falling leg. 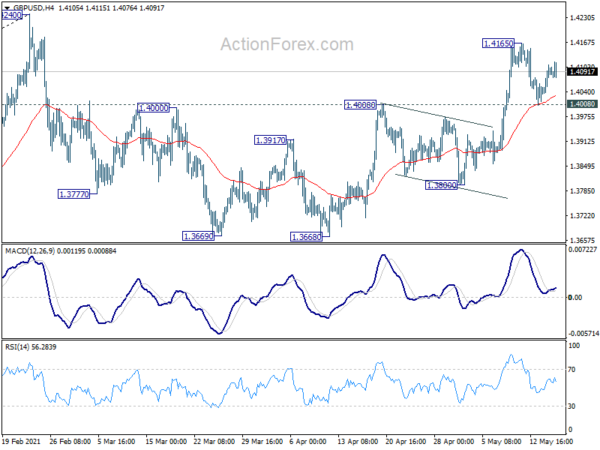 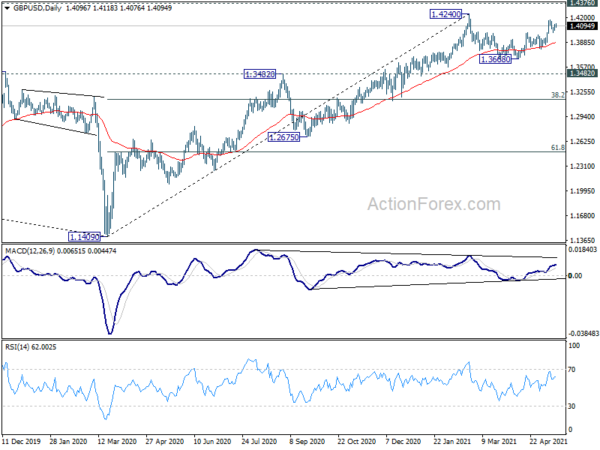