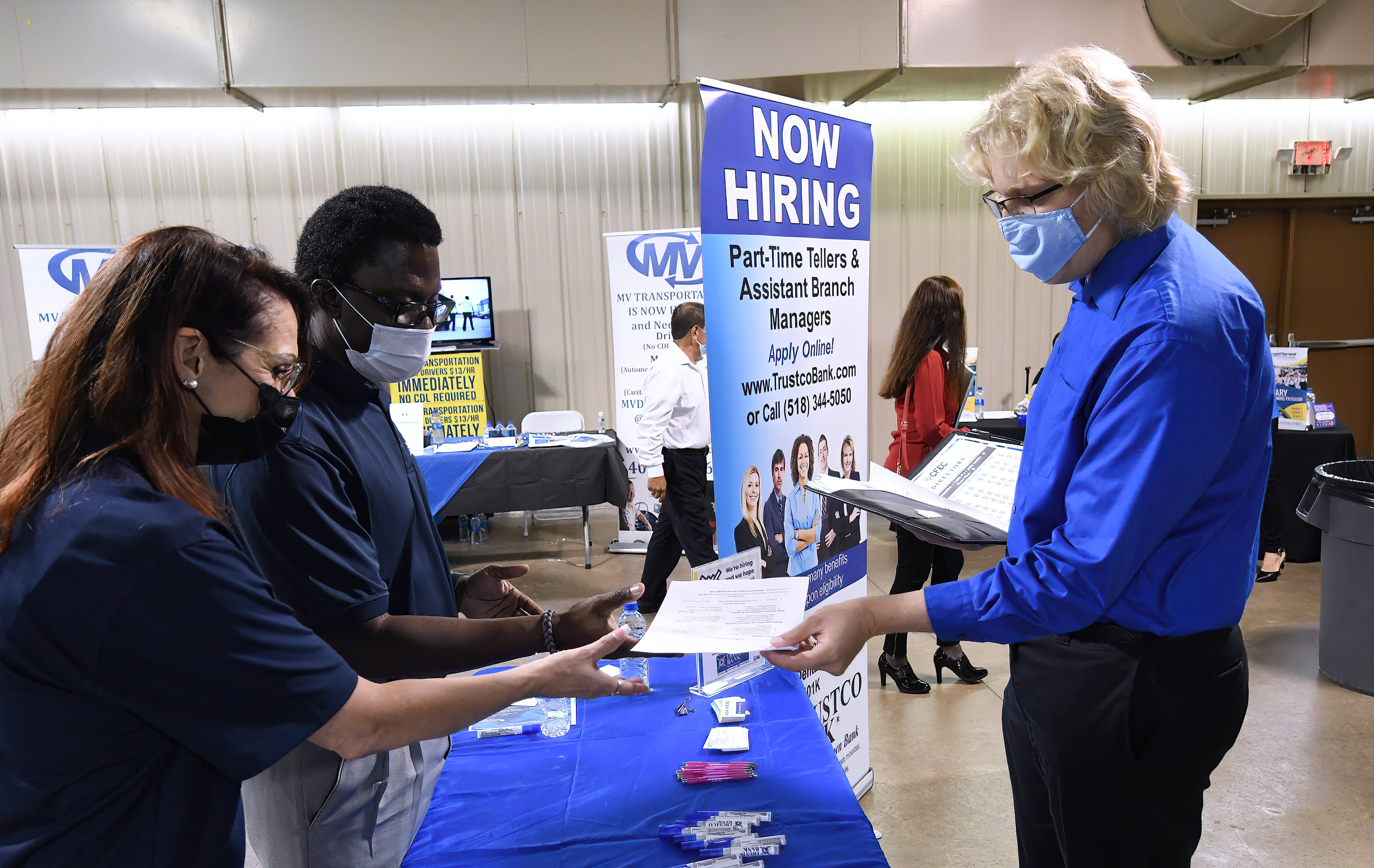 The procession of Americans heading to the unemployment line fell last week, with jobless claims totaling a fresh pandemic-era low of 444,000, the Labor Department reported Thursday.

Economist surveyed by Dow Jones had been expecting 452,000 new claims as the jobs picture improves thanks to an accelerated economic reopening across the country.

The total represented a decline from the previous week’s 478,000.

For the same period a year ago, claims totaled more than 2.3 million.

While Federal Reserve officials stress the need for more improvement in the jobs picture, the claims numbers suggest that employment is growing consistently. However, continuing claims edged higher, rising to 3.75 million, an increase of 111,000. Continuing claims run a week behind the headline number.

Still, the numbers overall help provide some optimism after April’s stunning disappointment in which nonfarm payrolls grew by just 266,000 against estimates for 1 million.

The strong pace of Covid-19 vaccines has spurred the economic rebound, with the U.S. still administering 1.8 million shots a day.

“The April jobs report was disappointing … But the steady decline in initial unemployment insurance claims over the past few months, as well as other UI data, suggest that the April report understated the improvement in the labor market,” wrote PNC chief economist Gus Faucher.

Along with the steady slide in the headline number, the total of those receiving benefits tumbled by nearly 900,000 to just shy of 16 million, according to data through May 1.

Most of the decline came from a decrease in those getting benefits through pandemic-related emergency programs. Enhanced benefits that Congress has authorized related to the pandemic expire in September.

In other economic news, the Philadelphia Fed’s manufacturing gauge for May declined to 31.5, well below the estimate of 40.5 but still indicative of solid expansion.

Fed hikes and a stronger dollar are fueling risks of political instability in Africa
Key inflation measure that the Fed follows rose 0.2% in October, less than expected
Risk Sentiment Improved Despite China Let-Down, No Decisive Market Actions Yet
😃HERE IS YOUR OPPORTUNITY TO TRY IT OUT 😃 #forex #trading
Nasdaq technical analysis