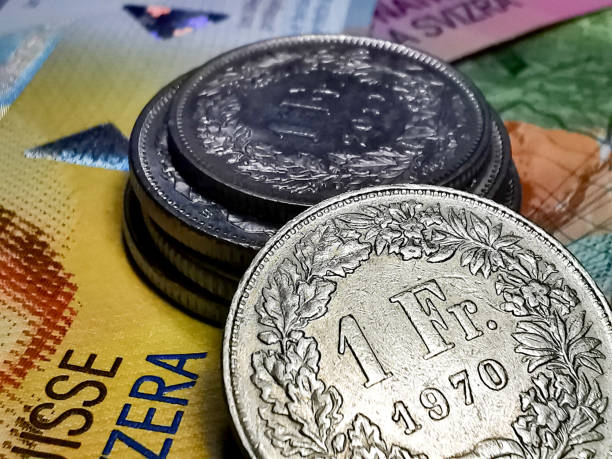 Trading continued to be rather subdued in Asian session. Major pairs and crosses are staying inside yesterday’s range, as well as last week’s range. Sterling is currently the weakest one, after failing to follow through the rally attempt earlier this week. Dollar is the next weakest for now. On the other hand, Aussie and Swiss Franc are the stronger ones. In other markets, Gold is back below 1900 handle as rally falters. WTI oil is also losing upside momentum after breaching a near term resistance. 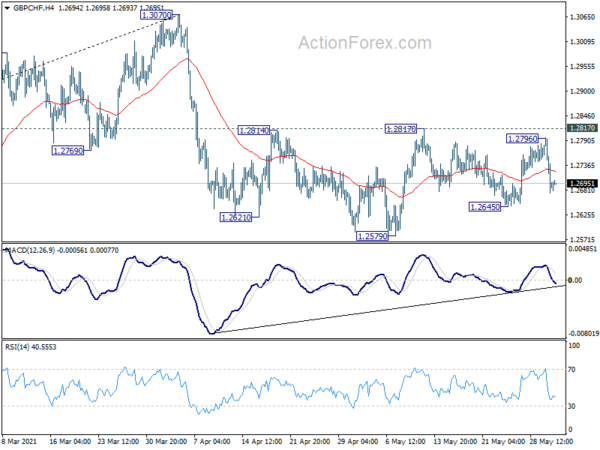 BoJ Adachi: Post-pandemic era may give a prime opportunity to achieve inflation target

BoJ board member Seiji Adachi said in a speech, “the post-COVID-19 phase may be an opportunity for the services industry to raise the prices of their services while improving their quality.”

“As Japan’s past deflationary phase is characterized by the fact that there were almost no price rises in the domestic demand-oriented services industry, the post-COVID-19 era may afford a prime opportunity to achieve the 2 percent price stability target,” he added.

Australia GDP grew 1.8% qoq in Q1, above expectation of 1.1% qoq. Through the year, GDP rose 1.1%. Head of National Accounts at the ABS, Michael Smedes said: “With 1.8% growth in the March quarter 2021, Australian economic activity has recovered to be above pre-pandemic levels and has grown 1.1% through the year.”

RBNZ Head of Financial Markets Vanessa Rayner said in speech, “unconventional” monetary policy tools will “likely remain mainstream for as long as global central bank policy rates remain at, or near record lows”. With the OCR at current low level, RBNZ has “less space” to cut interest rates further. Also, there’s a “limit to how negative rates can go before causing adverse side effects”.

Fed Brainard: I’m attentive to risks on both sides

But she added, “while the level of inflation in my near-term outlook has moved somewhat higher, my expectation for the contour of inflation moving back towards its underlying trend in the period beyond the reopening remains broadly unchanged.”

“Relative to the entrenched inflation dynamics that existed before the pandemic, the sharp temporary increases in some categories of goods and services seem unlikely to leave an imprint on longer-run inflation behavior,” she said.

“Today employment remains far from our goal,” she added. “Jobs are down by over 8 million relative to their pre-pandemic level, and the shortfall is over 10 million jobs if we take into account the secular job growth that would have occurred over the past year.”

USD/CHF is staying in range above 0.8929 and intraday bias remains neutral at this point. Outlook stays bearish with 0.9046 resistance intact. On the downside, break of 0.8929 will resume the fall from 0.9471, to retest 0.8756 low. However, on the upside, break of 0.9045 will indicate short term bottoming. Intraday bias will be turned back to the upside for stronger rebound. 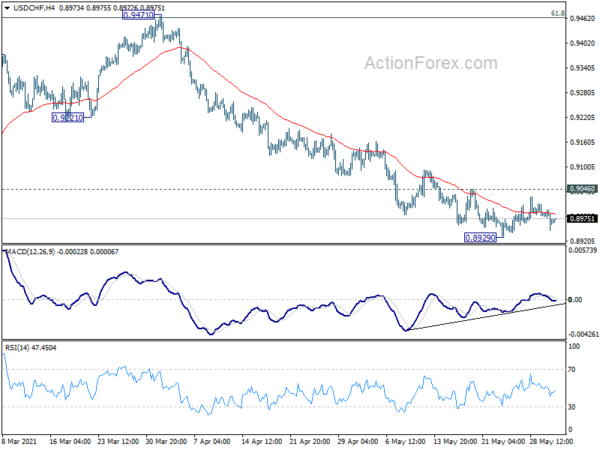 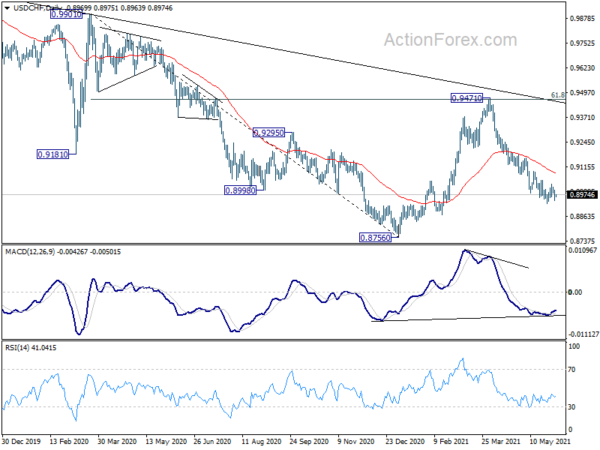