Although well off the high which will gives relief to the home builders who have struggled with the high cost of materials, the price still remains well above what has traditionally been a market between around $200 and $470.  In 2018 there was a spike up to $648. 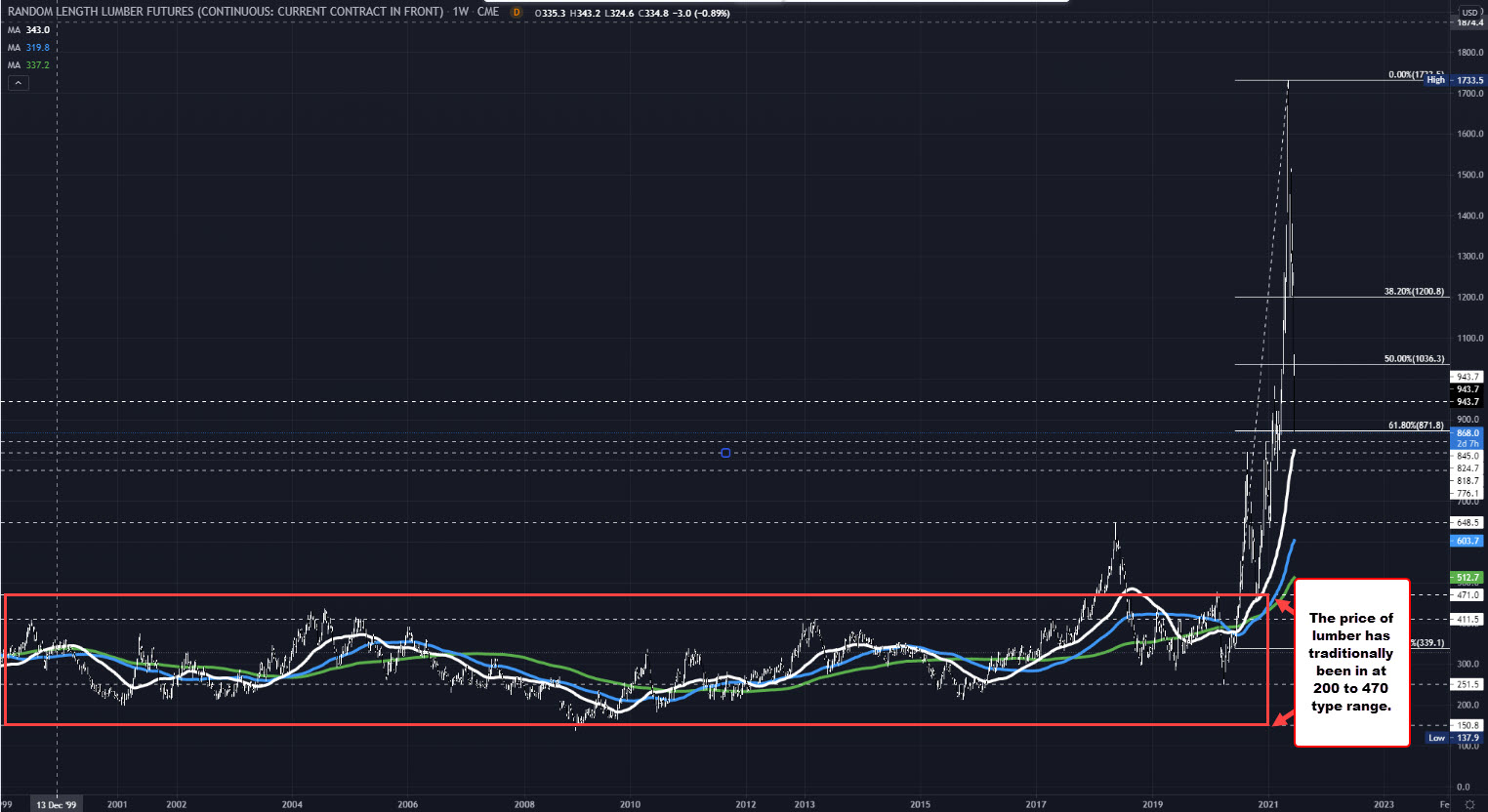 Meanwhile, copper has also started to dip after it’s run higher. Looking at the weekly futures chart below, the price of the futures are at $4.27 a pound. That is down nearly 12% from the May high.  However, it is still up some 22% from the end of year levels and well off the lows from March 2020 at $1.97.

Fundamentally there is concern that China may tamp down on rising commodity prices by releasing stockpiles.