Yen trades broadly overnight on strong risk appetite, with NASDAQ and S&P 500 closing at new record highs. And it remains generally soft in Asian session. Some selling in seen in Australian Dollar after RBA minutes, but loss is very limited. Other commodity currencies are indeed trying to firm up, which helps floor the Aussie. Meanwhile, Dollar and Swiss Franc are soft together with Yen too.

Technically, a focus now is on whether the up trend in stocks would extended and even accelerate, and the subsequent reactions in Yen. EUR/JPY and GBP/JPY rebounded comfortably ahead of 132.51 and 153.81 support levels respectively. Both crosses might now be heading back to 134.11 and 156.05 highs. Break there will resume medium term up trends.

NASDAQ closed at record, heading to 15000 next 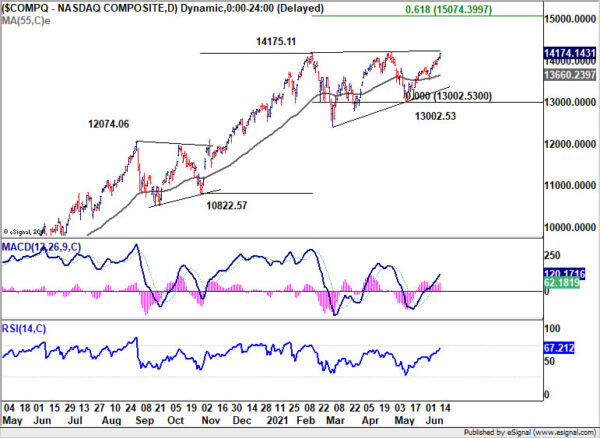 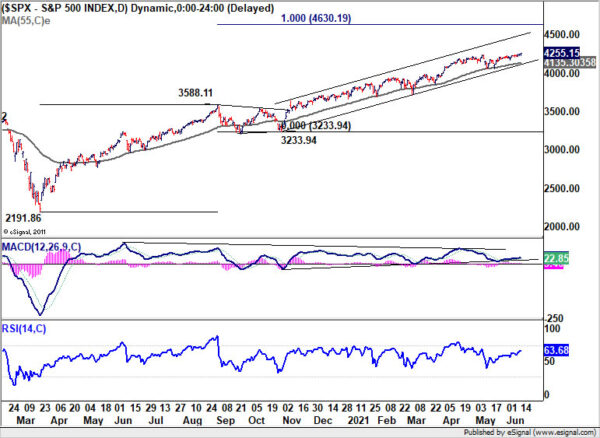 RBA reiterated in the June minutes that it will make the decision on 3-year yield target and government bond purchase program at the July meeting. It emphasize “a return to full employment as a priority for monetary policy that would assist with achieving the inflation target”.

It will consider whether to extend the 3-year yield target from April 2024 bond to November 2024 bond. A key considering would be the prospect of having inflation sustainably within the 2-3% target rate some time in 2024.

Four options regarding future bond purchases after completion of the second AUD 100B of purchases in early September were discussed. The options included ceasing the purchases, repeating the AUD 100 purchases for another 6 months, scaling back the amount or spreading over a longer period, and moving to an approach where pace of purchases is reviewed more frequently. 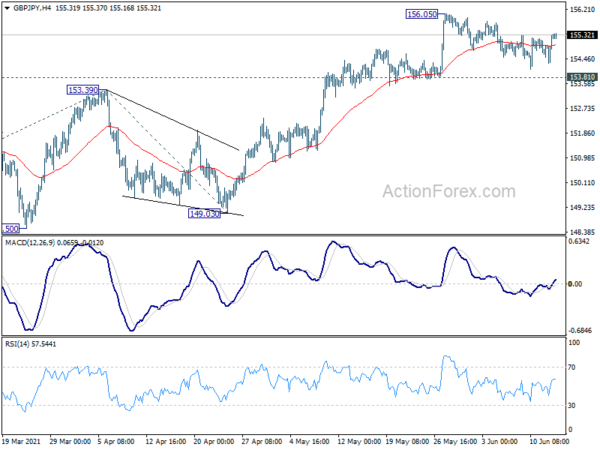 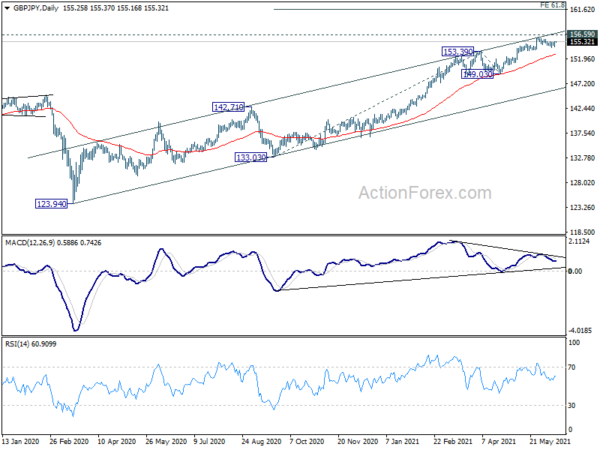 USDJPY moves toward the 38.2% of the move up and bounces
EUR/JPY sees a downside below 142.00 despite hawkish ECB bets
Alphabet misses on earnings and revenue as YouTube falls short
Aussie Bounces after Hawkish RBA Hike, Dollar Hesitates ahead of Fed Powell
Dollar Strikes Back on Stellar NFP Data