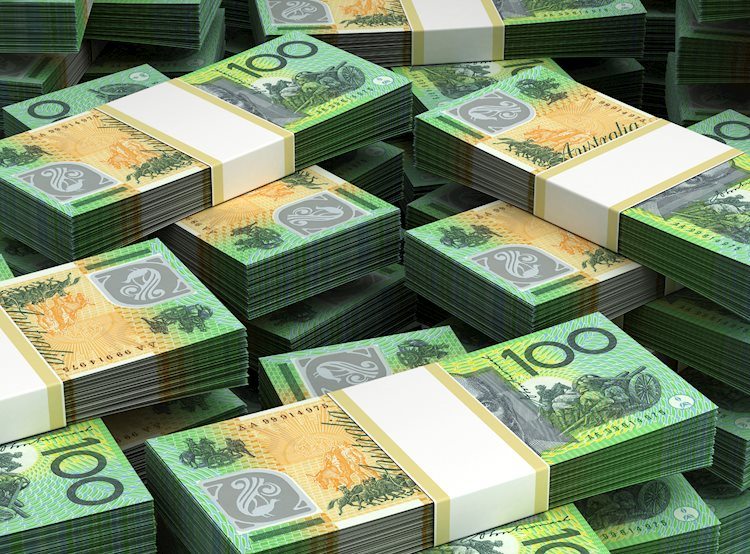 Without much in the way of domestic noise for AUD, the focus remains on the greenback and the stock markets as investors continue to weigh the likelihood of a more hawkish US Federal Reserve with a motive to battle high inflation if it persists.

US equities are former on Thursday that has helped stabilise the Aussie. Commodity prices have been choppy in recent days as well, but overall remain very supportive of the currency especially with iron ore still above $200 and oil prices surging.

Meanwhile, throughout the week, we have had a mix of rhetoric from various Federal Reserve speakers with regards to the outlook for inflation and how soon the Fed will move to counter the risks for the US economy.

Last week, the Fed surprised markets by forecasting two rate hikes in 2023 which sent the greenback to mark a two-month high on Friday and AUD/USD down to 0.7436 on Monday.

However, the US dollar fell slightly after data on Thursday showed that fewer Americans filed new claims for unemployment benefits last week as the labour market recovery from the COVID-19 pandemic gains traction amid a reopening economy.

Other data showed that new orders for key U.S.-made capital goods unexpectedly fell in May, likely held back by shortages of some products.

The United States’ Real Gross Domestic Product (GDP) expanded at an annual rate of 6.4% in the first quarter, the US Bureau of Economic Analysis reported on Thursday. This reading matched the previous estimate and the market consensus.

The next major US economic focus will be producer price data on Friday.

June ISM and Nonfarm Payrolls make for a potentially decisive week ahead. Cresting regional PMIs suggest ISM could ease, but the sharp fall in jobless claims over recent weeks point to material catch-up risk for payrolls.

Overall, analysts at Westpac argue that taper talk likely escalates to a crescendo into the Aug 28 Jackson Hole Fed conference and ”the DXY could well explore the upper end of its 2021 89-93 range through Q3.”

On the Aussie, the analysts said, ”the Australian dollar’s strong support from commodity prices produces fair value estimates in the mid-0.80s yet recent price action has been in the mid-0.70s. With risk appetite looking resilient, any narrowing in this gap probably depends on how far the FOMC-inspired US dollar recovery can extend.”

Finally, in summary, the analysts argued, ‘the quick stabilisation in equities and mixed Fed rhetoric post-meeting suggest a new, lower, range is in place, mostly 0.7500-0.7645. ”

The correction is moved in n the 50% mean reversion and meets what would be expected to be strong resistance into the weekend with little in the way of a catalyst slated that might tip the balance even further into the bull’s hands before the week is out.

With that being said, 0.7650 is an upside target marked by the prior early June lows.

However, scanning out the weekly chart, the first bearish scenario comes with the failed reverse head and shoulders:

This gives leaves a bearish bias on the charts.

Also, we have a double top as a result and a bearish head and shoulders.

Therefore, with the price meeting with the weekly resistance, should the weekly candle close below it, a downside continuation would be expected from here with prior structure at 0.7365/0.7410 as a target area.