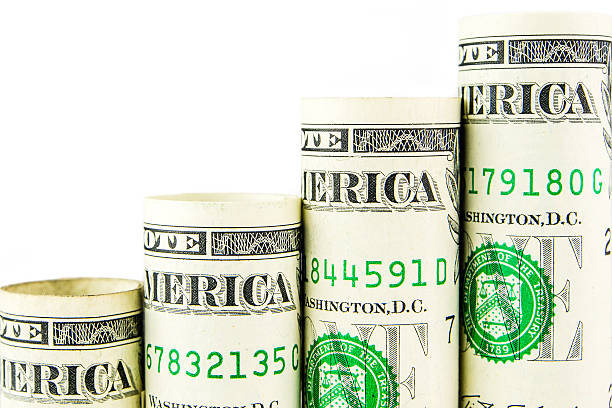 Dollar’s rally continues to make progress, one step at a time. Solid job report overnight helped lift the greenback through near term resistance against Euro and Yen. Nevertheless, reaction in stocks were subdued. Focus will now turn to ISM manufacturing today for more inspirations. Meanwhile, commodity currencies and Swiss Franc are currently the weakest for the weak. In particular, Aussie is shrugging off some solid manufacturing and trade data. 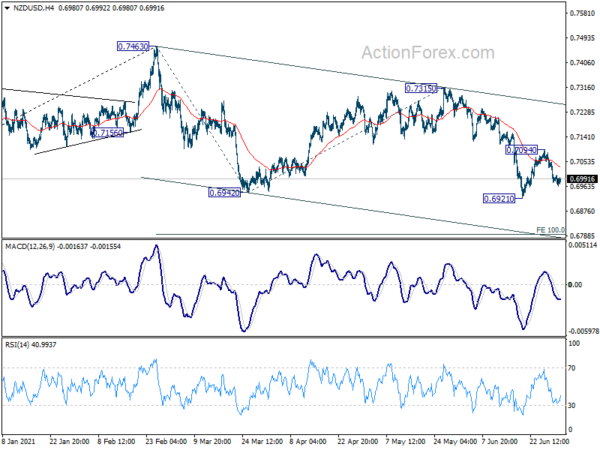 “Exports and output continue to improve, which is helping sentiment improve for most manufacturing sectors. The auto sector, however, saw sentiment worsen due to shortages in semiconductor chips,” a BOJ official said at a briefing.

Japan PMI Manufacturing was finalized at 52.4 in June, down from May’s 53.0. Markit said output and new orders both rose at softest rates for five months. Input prices rose at fastest pace in over 10 years. Optimism was strongest on record.

Usamah Bhatti, Economist at IHS Markit, said: “Japanese manufacturers commented that the degree of optimism regarding the outlook for output over the coming 12 months strengthened in June. Confidence about the outlook reached the highest level since the series began in July 2012, as hopes of an end to the pandemic gathered pace. This is broadly in line with the IHS Markit forecast for industrial production to grow 8.8% in 2021, though this does not fully recoup losses from the pandemic.”

Wang Zhe, Senior Economist at Caixin Insight Group said: “Overall, the manufacturing sector continued to stably expand in June, despite the impact of the pandemic…. The manufacturing sector has gradually returned to normal. In the second half of this year, the low base effect from last year will weaken. Inflationary pressure, coupled with the economic slowdown, is still a serious challenge for China.”

Later in the day, US will release jobless claims, ISM manufacturing and construction spending.

EUR/USD’s breach of 1.1846 support suggests that fall from 1.2265 is resuming. Intraday bias is back on the downside, such fall is seen as the third leg of the consolidation pattern from 1.2348. Deeper decline would be seen back to 1.1703 support. On the upside, break of 1.1974 resistance is needed to indicate short term bottoming. Otherwise, outlook will remain bearish in case of recovery. 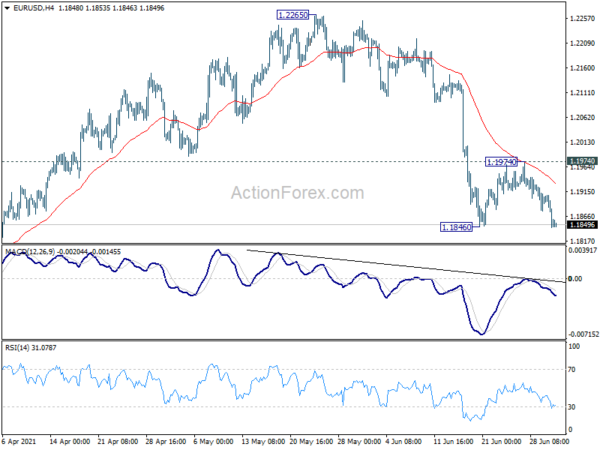 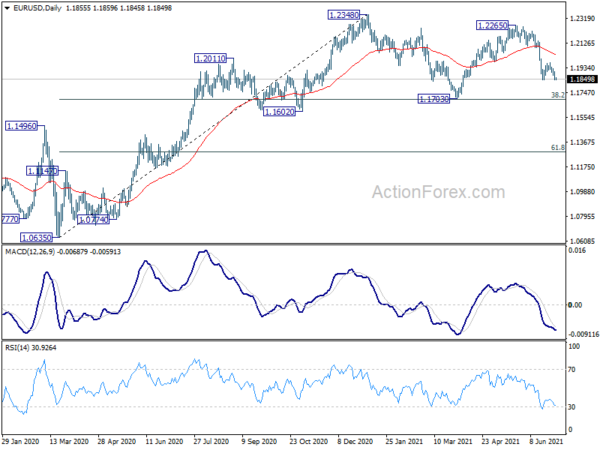 Private payroll growth slowed to 106,000 in January as weather hit hiring, ADP says
China: Auspicious prints from PMIs – UOB
USDCAD finds sellers at the 200 hour MA today
BoE Preview: Three scenarios and its implications for GBP/USD – TDS
Here’s where the jobs are for January 2023 — in one chart