Important decisions will be made at this week’s RBA meeting. All monetary policy measures would remain unchanged. Yet, as indicated in June, policymakers would discuss on the format of QE purchases after completion of the current tranche in September, and the maturity of bonds in yield curve control. While the overall tone of the meeting would be optimistic about the economic outlook, the members would remain cautious about the uncertainty of the pandemic and subdued inflation.

Economic data have pointed to strong recovery. Dropping to 5.1% in May from 5.5% a month ago, the unemployment rate has returned to the pre-pandemic level. The number of jobs jumped +115.2K, beating consensus of +30K addition and decline of -30.7K in April. Both full time and part time jobs gained during the month. Consumer confidence remains strong. Retail sales rose to +0.4% m/m in May, better than preliminary reading of +0.1%. From a year ago, retail sales jumped +7.7%, following a record growth rate of +25% in April. However, some leading indicators suggested that activities have shown signs of moderation in June. The Markit manufacturing and services PMIs dropped to 58.6 and 56.8 in June, from May’s readings of 60.4 and 58, respectively. The slowdown was likely driven by the extension of the lockdown in Victoria. Yet, this should not temper consumer and business optimism. 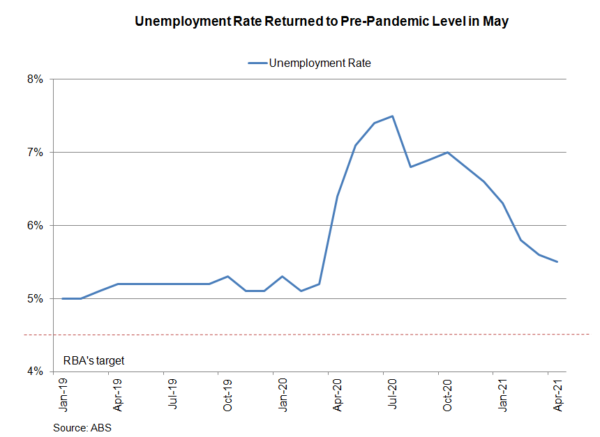 At the June meeting, as well as the minutes released last week, policymakers will decide on some tweaks in the monetary policy measures. As suggesting in the minutes, the members discussed three possible options to deal with QE which would end in September: 1) repeating AUD 100B of purchases for another 6 months; 2) scaling back the amount purchased or spreading the purchases over a longer period; and 3) moving to an approach where the pace of the bond purchases is reviewed more frequently, based on the flow of data and the economic outlook. On yield curve control, they would consider whether to roll its yield target from the April 2024 to the November 2024 bond. 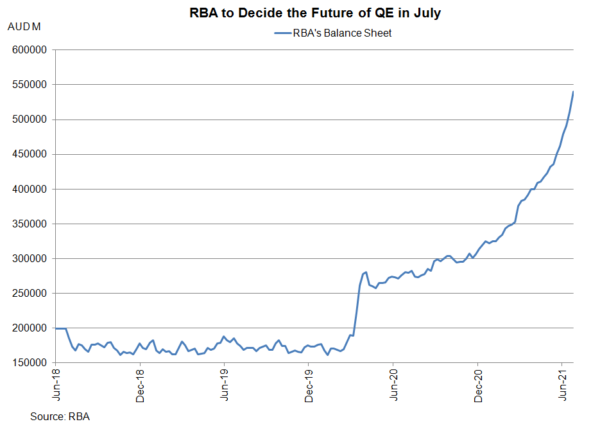 Among the 3 QE options, we expect the members to choose a flexible approach, likely shifting from tranches of AUD100B of purchases to a target rate of asset purchases. For instance, it could change to purchase of AUD5B/month with regular review. Strong economic developments over the past months suggest it might not be necessary to extend the target from April to November. Scrapping this would effectively shift the forward guidance on hikes from a time target (3-years) to a date target (2024). Yet, this should not alter the RBA’s guidance that there would not be a rate hike “until 2024 at the earliest”. 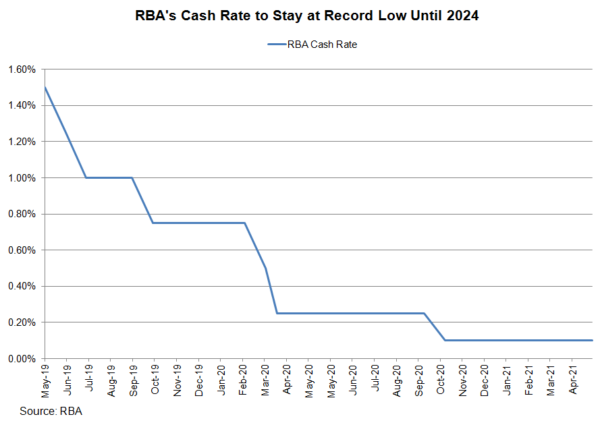 USDJPY has 3 key technical levels that have stalled the rally higher today
Cash withdrawals in the UK soar as Brits grapple with the rising cost of living
Payrolls increased 528,000 in July, much better than expected in a sign of strength for jobs market
This was a good week for inflation numbers, but whether it can last is the big question
Swiss Franc Rises in Very Quiet Markets Euro and Sterling on the Soft Side