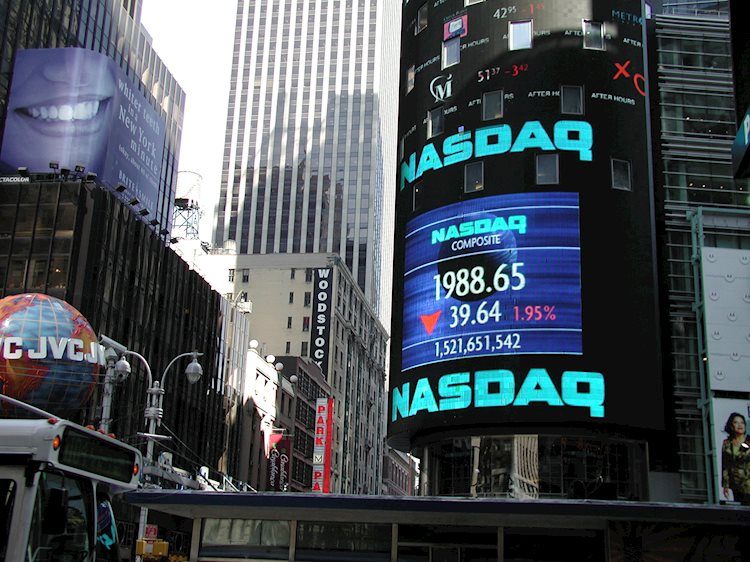 Tesla shares did a sharp about-face on Thursday, having opened lower after the earnings release on Wednesday. TSLA reported earnings after the close, and they were a strong set of numbers, but the stock slid lower as it had already apparently priced in much of the upside to earnings. Thursday saw this bearish trend overpowered as the stock opened and quickly rallied over $30, consolidating those gains just under all-time highs.

Results were strong on Wednesday after the close. The electric vehicle (EV) sector leader delivered a strong beat on EPS coming in at $1.86 versus the $1.57 estimate. Revenue was also ahead of forecasts at $13.76 billion versus the consensus estimate of $13.63 billion. Investment banks rushed to upgrade their numbers post-release. The average target price has moved from approximately $730 to $739 following the earnings release as most investment banks upgraded their price targets. The average rating is still a hold though. Citigroup has this morning raised its price target for Tesla to $236. Thursday saw price target increases from Cowen & Co., RBC, Wells Fargo, Credit Suisse, Cannacord, JPMorgan and Independent Research among others.

Also separate from the results on Thursday, the National Transportation Safety Board (NTSB) said that both driver and passenger seats were occupied in a Tesla that crashed on April 17 in Texas-Reuters. The article says that this contrasted with local police reporting that witnesses said there was nobody in the driver’s seat. According to Reuters, the NTSB said a review of vehicle data indicates “both the driver and the passenger seats were occupied, and that the seat belts were buckled when the (event data recorder) recorded the crash.”

The temptation to test new all-time highs and break $900 is going to be very strong, and we may see an early pop. By how much will be key. Otherwise, there is the potential for a double top, which is a strong bearish reversal signal. Added to this, TSLA is above 80 on the Relative Strength Index (RSI). Over 70 is overbought, and over 80 is a lot overbought. Keep an eye on this. The RSI can come back down with price consolidation. It does not have to fall, but a double top and an RSI over 80 would be a strong sell signal in our view. 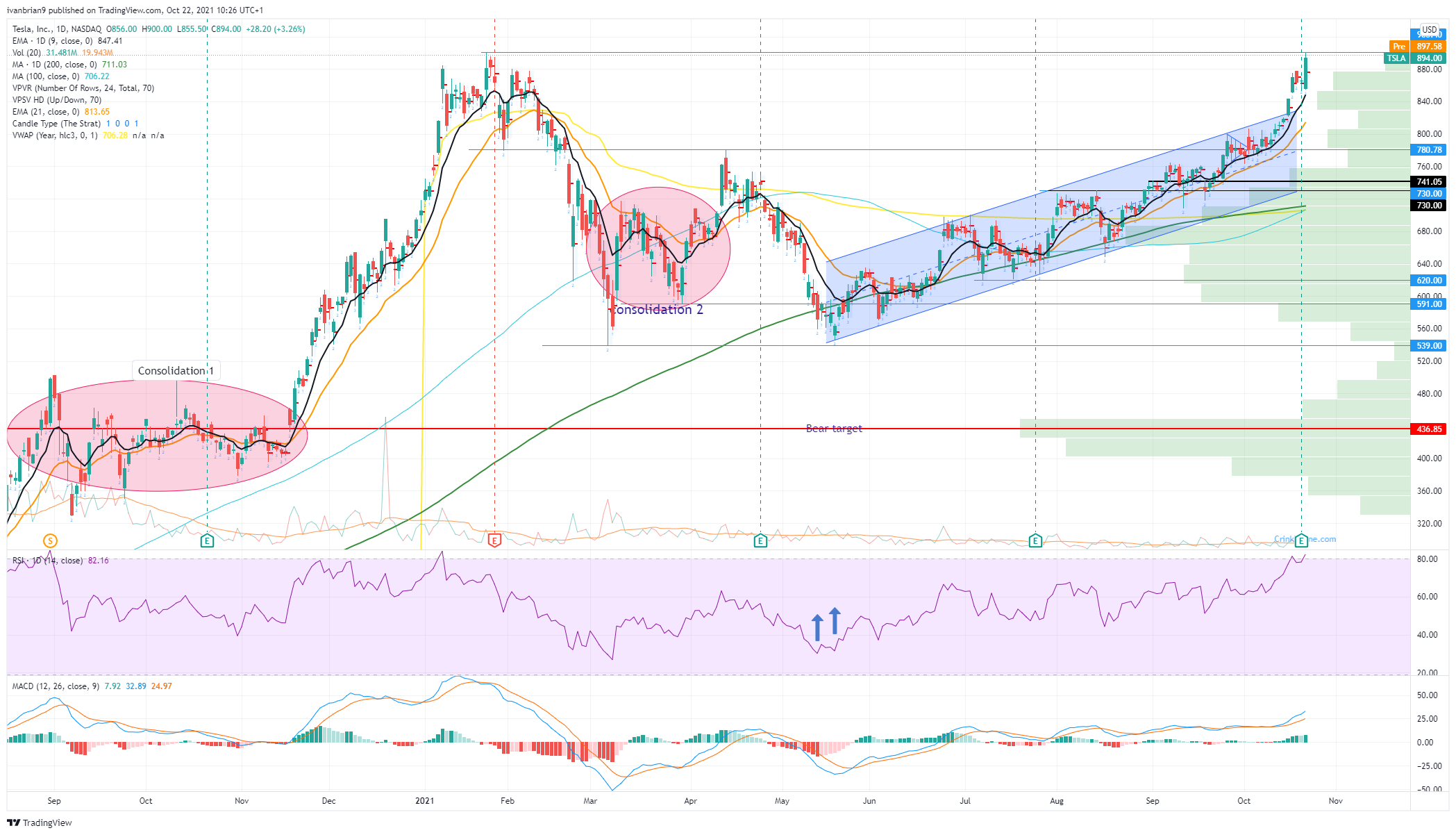 Swiss Franc and Yen Surged after Fed Powell Stirred Up Omicron-Nervous Markets
I’m out of here…
GBP/USD: Relative rates and global manufacturing slowdown to weigh on the pound – Danske Bank
ForexLive Asia FX news wrap: Yen up, Nikkei down
Job growth disappoints in November, with a gain of just 210,000, despite high hopes