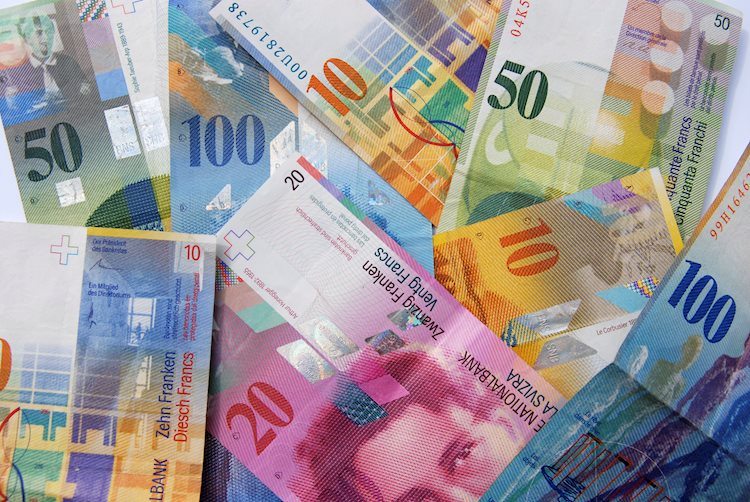 The USD/CHF retreats from YTD highs though clings to the 0.9700 mark despite broad US dollar weakness across the board, driven by traders booking profit as the month-weekly end looms. At 0.9706, the USD/CHF reflects the previously mentioned and is headed to record monthly gains of 5.17%, its largest since May 2012.

During the overnight session, the USD/CHF seesawed around the daily pivot point at 0.9720. However, once European traders took over the market, the Swissy strengthened. The pair reached a daily low around the S1 daily pivot at 0.9670 on news that the US Core Personal Consumption Expenditure (PCE), the Fed’s favorite gauge of inflation, rose lower than estimated. Of late, the greenback recovered some ground, and USD/CHF bulls achieved to hold prices above 0.9700.

The USD/CHF is upward biased, as depicted by the daily chart, despite Friday’s fall. However, the steepness of the uptrend threatens to put into play a mean reversion move, further expected as the Relative Strength Index (RSI) within the overbought territory begins to aim lower.