At 1.2530, GBP/USD is starting out resting at hourly support on the Fibonacci scale, coming in close to the 61.8% golden ratio. This is following a slide overnight as UK political tensions combined with US dollar strength digs into long spot positioning

Sterling bulls moved in to support the currency around a confidence vote on Monday after a growing number of lawmakers in Boris Johnson’s Conservative Party questioned the British leader’s authority over the “partygate” scandal.

As Reuters reported, ”a majority of the 359 Conservative lawmakers – at least 180 – would have to vote against Johnson for him to be removed, a level some Conservatives have said might be difficult to reach given the lack of an obvious successor. A Reuters count showed at least 169 British lawmakers from Johnson’s Conservative Party had publicly indicated support for him ahead of the vote.”

The outcome left the PM at the helm but the vote proves that he has little support from within his own party which hangs like danger on a rope over his leadership.  Johnson won the support of 211 MPs but 41% of his party voted to get rid of him. It was the worst verdict on a sitting prime minister by their own party in recent times.

Meanwhile, the US dollar gained against a basket of major currencies on Monday as risk appetite waned from earlier levels. After touching a near 20-year high of 105.01 on May 13, the US dollar index (DXY) was pulling itself up in the bull’s commitment from around the 102 level.

Friday’s strong Nonfarm Payrolls report helped the currency to recover as traders now count down to the Federal Reserve’s policy announcement on June 15, in which the central bank is widely expected to raise rates by 50 basis points. Ahead of that, investors will look to Friday’s reading on Consumer Price Index for signs of how long the Fed may continue its rate hike path. 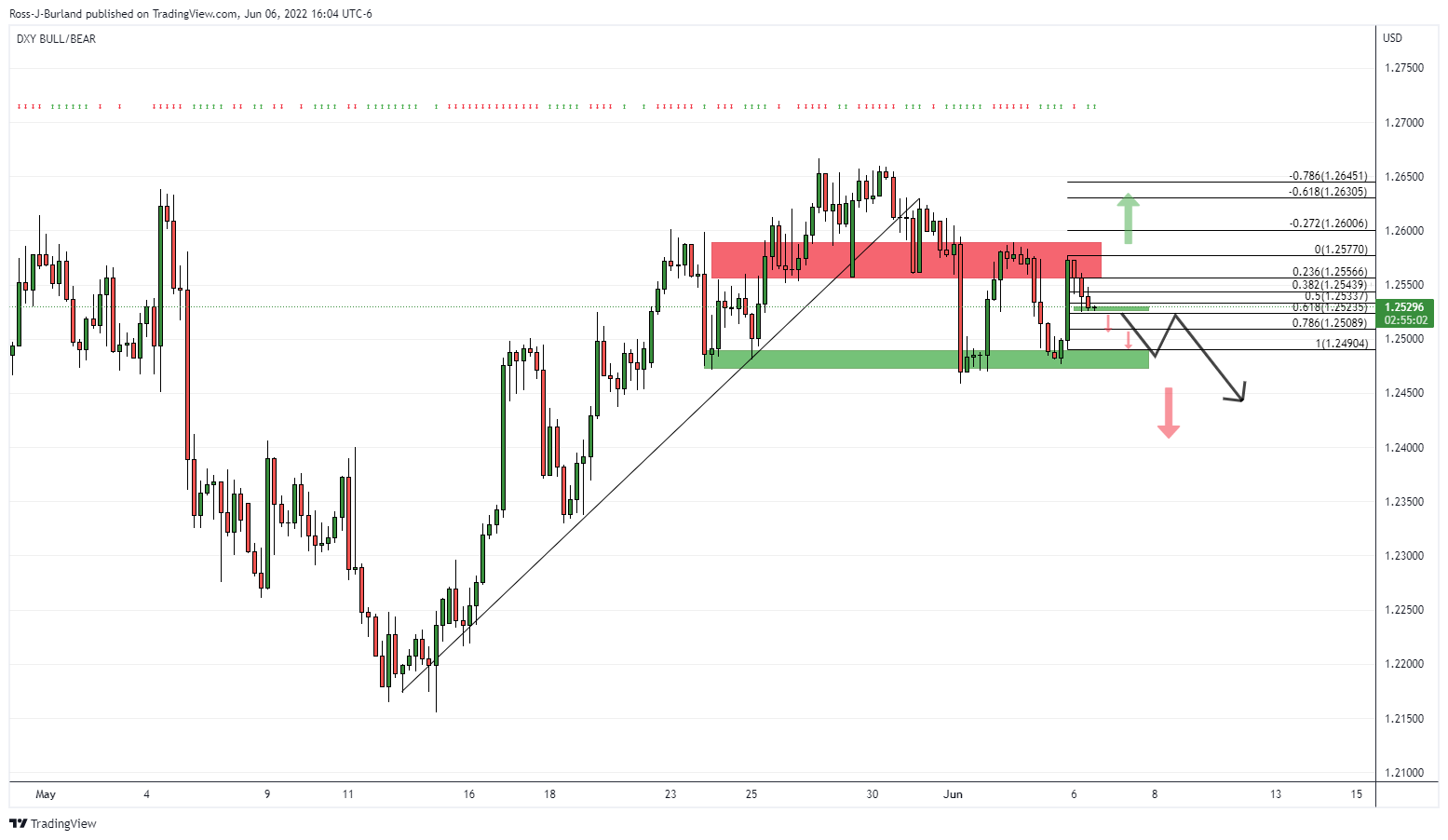 The price on the H4 chart is leaning bearish. A break of the 61.8% ratio could lead to a restest of the support structure. A break of there opens the prospects for a run below 1.2500 and towards 1.2350 for the days ahead.

Deliveroo first-half losses widen as food delivery firm plans exit from the Netherlands
Consumers expect inflation to slow down, a big win for the Fed
USD/JPY fails to hold above 135.00 on the day
Weekly jobless claims rise to 260,000 ahead of nonfarm payrolls report
GBP/USD Price Analysis: Further downside hinges on 1.1995 break