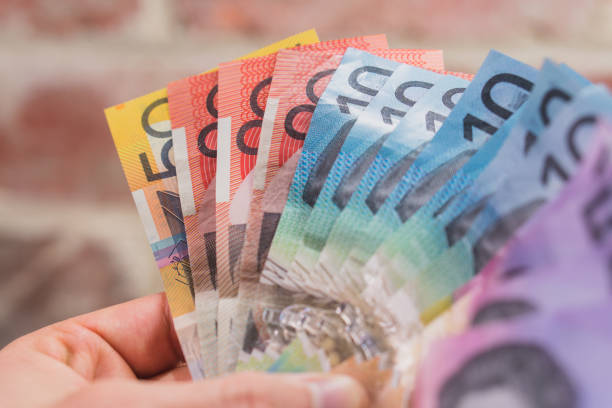 Australian Dollar rises broadly after RBA surprised the markets by a larger than expected 50bps rate hike. It’s now overpowering the strong Canadian and US Dollars. On the other hand, Yen’s weakness persists on rising benchmark treasury yields in the US and Europe. Sterling is turning soft after Prime Minister Boris Johnson won the confidence vote while Swiss Franc is also weak. Euro, on the other hand, is rather resilient, awaiting ECB later in the week. 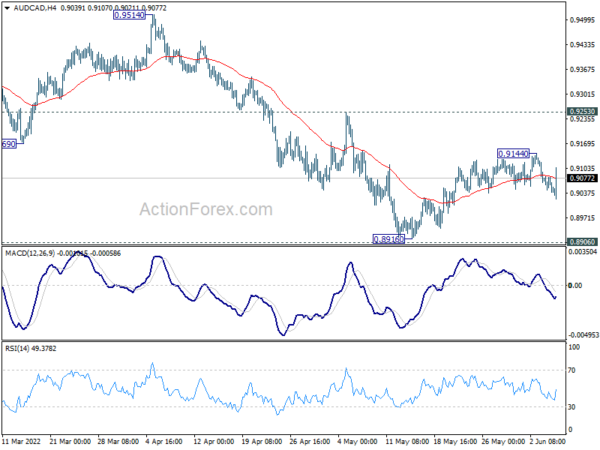 RBA hikes by 50bps to 0.85%, more normalization over the months ahead

RBA raises cash rate target by 50bps to 0.85% today, larger than expectation of 40bps. Interest rate on exchange settlement balances is also lifted by 50bps to 75bps. The central bank also maintains tightening bias, as “the Board expects to take further steps in the process of normalizing monetary conditions in Australia over the months ahead.”

In the accompanying statement, RBA said inflation in Australia has “increased significantly”, and is “expected to increase further”, before declining back towards the 2-3% target range next year. The economy is “resilient” while labour market is “strong”.

One source of uncertainty is “how household spending evolves”, given the “increasing pressure” from higher inflation, and interest rates. The central scenario is for strong household consumption growth this year, but RBA will pay close attention to various influences on consumption.

Australia AiG services dropped to 49.2, back in mild contraction

Innes Willox, Chief Executive of Ai Group, said: “The Australian services sector contracted mildly in May after a period of healthy expansion in the earlier months of 2022. Performance was mixed across the sector with strong growth in logistics, retail trade and personal, recreational & other services offset by sharp declines in business & property services and health & education services.”

BoJ Governor Haruhiko Kuroda said that a weak Yen is “beneficial” for Japan’s economy if the moves are “not too sharp”. He emphasized again that the moves in currency markets should reflect “fundamentals”, and the central bank is “carefully watching” the impact.

The comments came as Yen was sold off broadly, triggered by US 10-year yield reclaimed 3% handle overnight. Germany 10-year bund yield also jumped to fix at 1.323. USD/JPY hit the highest level in over two-decades while CAD/JPY is also getting close to 2014 high at 106.48. 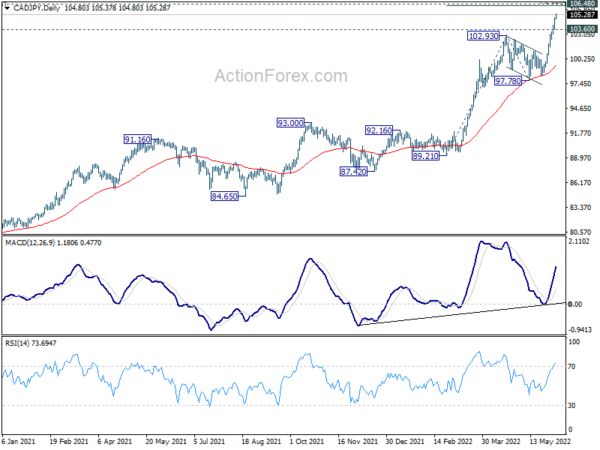 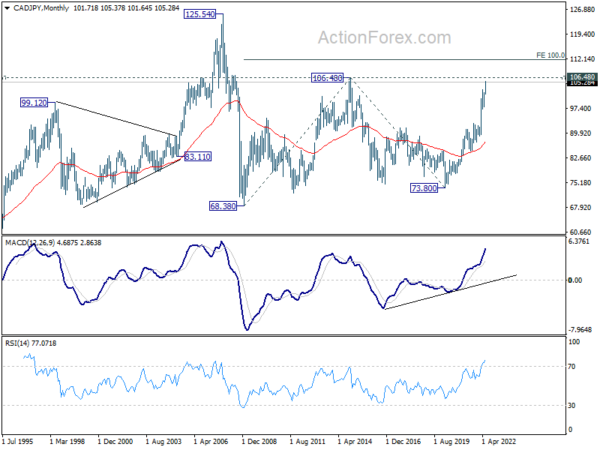 AUD/USD recovers today but stays below 0.7282 temporary top. Intraday bias remains neutral first. Further rise will remain in favor as long as 0.7034 support holds. Current development raised the chance that whole fall corrective fall from 0.8005 has completed at 0.6828. Above 0.7282 will extend the rebound to 0.7660 resistance for confirmation. However, break of 0.7034 will dampen this bullish view and bring retest of 0.6828 low instead. 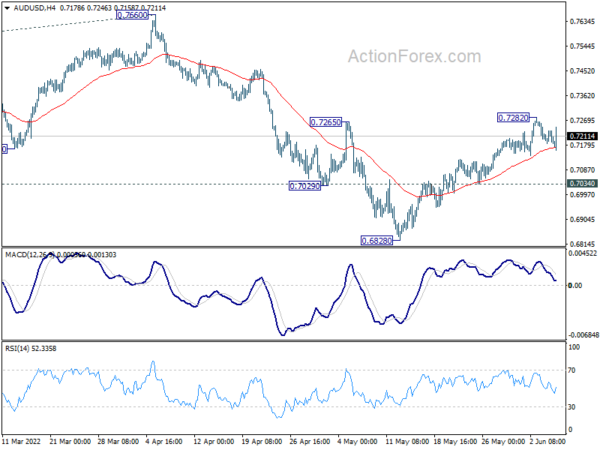 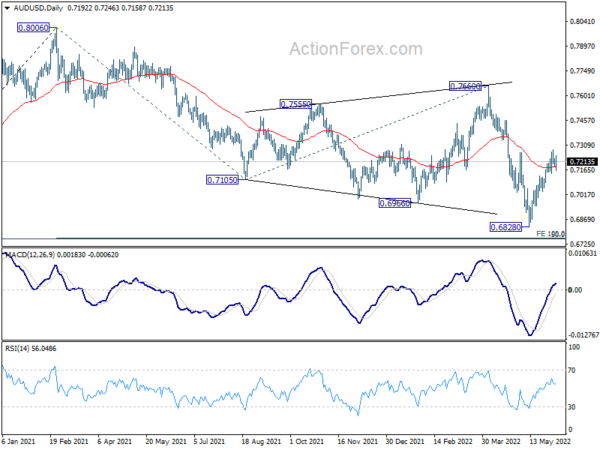 Oil prices extend losses on demand worries
Dollar steady on the day, awaiting US jobs report
Decentralized finance faces multiple barriers to mainstream adoption
Danger ahead: The U.S. economy has yet to face its biggest recession challenge
Markets in Hibernation as US CPI Awaited