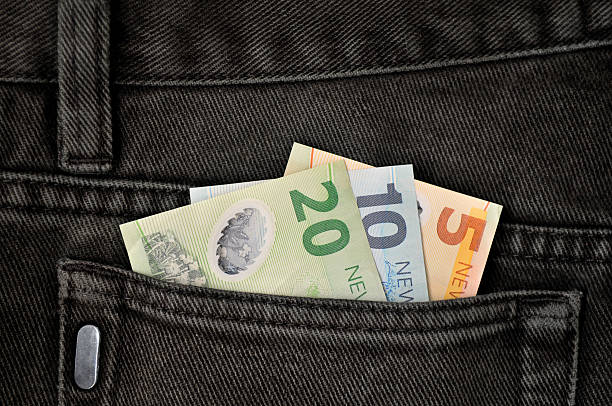 New Zealand Dollar rises broadly in quiet markets today, after RBNZ delivered the 50bps rate hike as widely expected, clearing the doubt that it will follow RBA and opt for a smaller hike. Dollar remains the worst performer of the week, following strong risk rebound in stock markets, while yields weakened. Yen is the second weakest, only slightly better than Dollar. Sterling is so far the winner, continuing to reverse prior deep losses while Euro and Swiss France are also firm.

Technically, a focus for now is whether Euro and Sterling could maintain upside momentum to solidify it as a trend. 4 hour RSI in EUR/JPY is dipping back from overbought region, suggesting that there may loss of upside momentum. Break of 140.35 minor support will suggest rejection by 145.62 high, to start the third leg of the consolidation pattern from there. 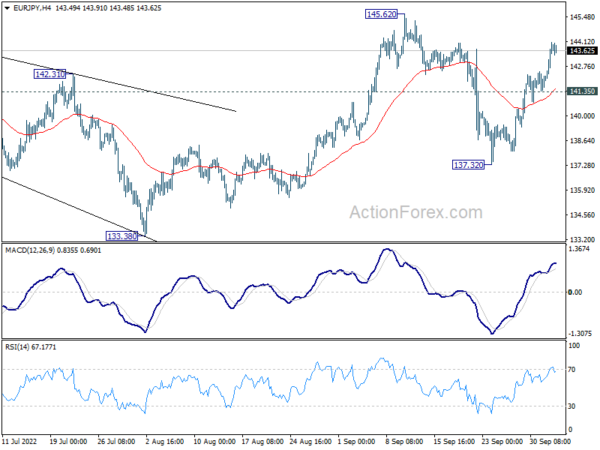 RBNZ raises Official Cash Rate by 50bps 3.50% as widely expected. In the summary of record it’s noted that the Committee considered whether to hike by 50bps or 75bps, but decided that 50bps was appropriate at this meeting.

In the statement, RBNZ noted that domestic spending has remained “resilient”. Employment levels are “high” while productivity capacity is “constrained” by labor shortages. wage pressures are “heightened”. Also, “spending continues to outstrip the capacity to supply goods and services, with a range of indicators continuing to highlight broad-based pricing pressures.”

AUD/NZD topped but not reversing yet

AUD/NZD spikes lower after RBNZ’s 50bps rate hike. The development also came with the background that RBA disappointed the markets with a 25bps hike yesterday.

Technically, a short term top was in place at 1.1489 after AUD/NZD hit medium term channel resistance. But it’s still early to call for a medium term correction. As long as 55 day EMA (now at 1.1211) holds, the consolidation from 1.1489 should be relatively brief, and larger up trend should resume sooner rather than later.

However, firm break of the 55 day EMA will open up deeper correction through channel support to 1.0987, before having some support for a bounce. 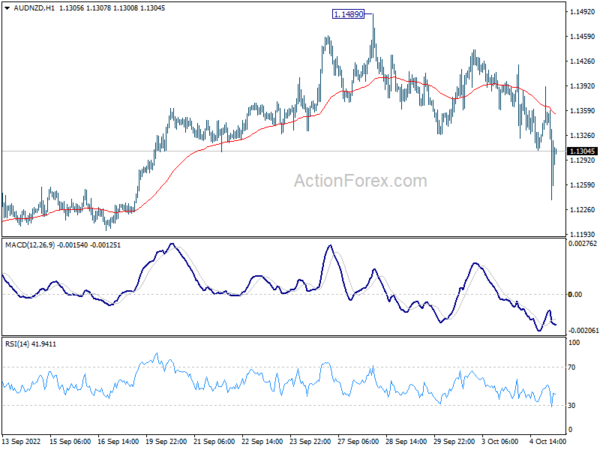 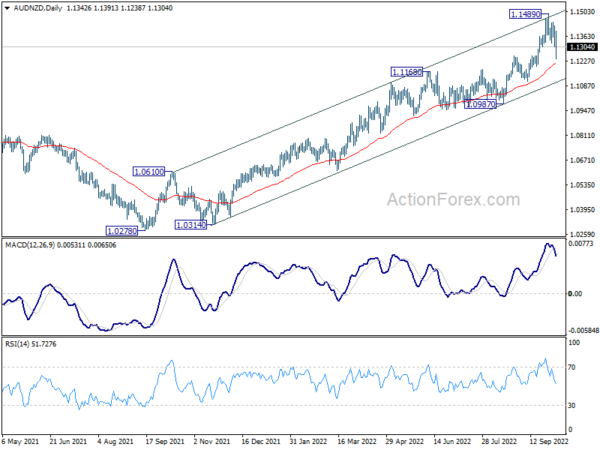 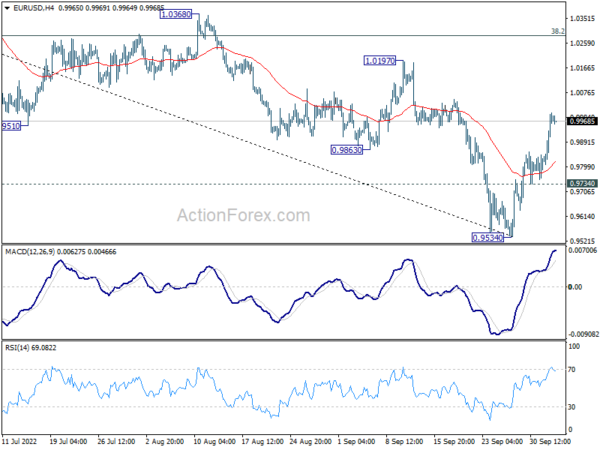 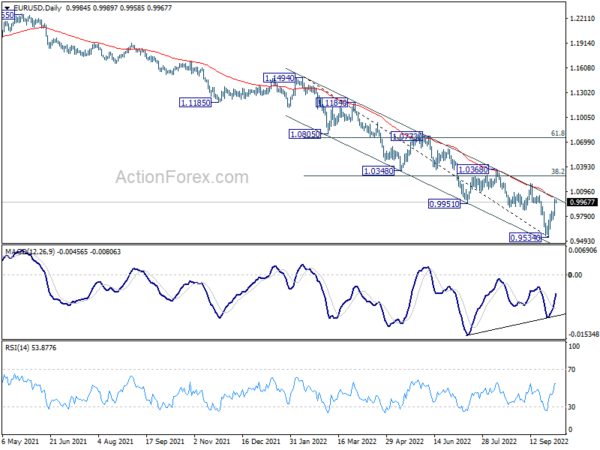 🔴 1-2-3 EMA-MACD Strategy – One of The Best Absolute Methods for Trading that No-one Ever Told You
UK November final manufacturing PMI 46.5 vs 46.2 prelim
Sugar stocks jump up to 10% on reports of 7% drop in sugar output
NASDAQ index soars leading the stock market gains
Dollar holds more mixed so far on the day