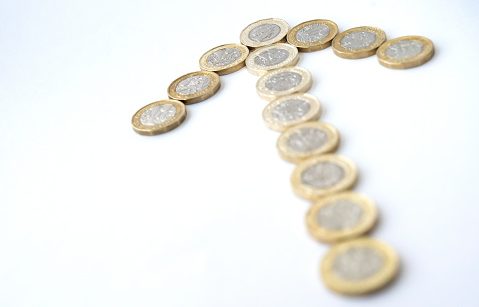 Sterling surges broadly today, shrugging off PMI data which indicates extended weakness in the economy. It’s even over-powering New Zealand Dollar, which was lifted by RBNZ’s jumbo rate hike. On the other hand, selling is focusing on Dollar, Canadian and Australia, while Yen is also on the weak side. Euro is mixed, and it’s clearly lagging behind both the Pound and Swiss Franc. 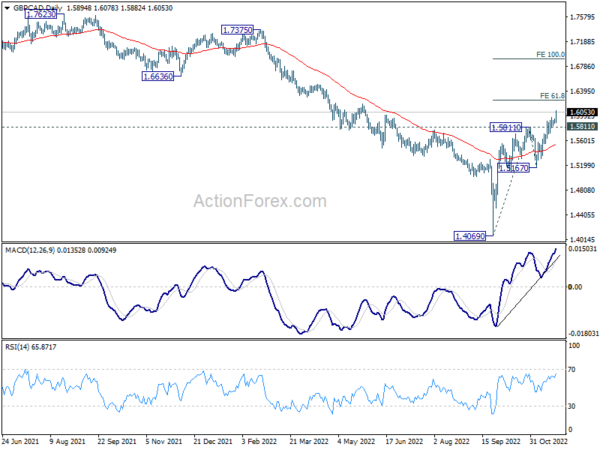 US initial jobless claims rose to 240k, above expectation

Bundesbank: Inflation rate in double digits beyond turn of the year

In the monthly report, Bundesbank said “all in all, despite the higher than expected economic activity in the summer quarter, a recession in the German economy is to be expected in the winter half-year.” Downward forces should “clearly predominate in the coming months”. Weaker global economy will weigh on exports while high inflation is dampening private consumption.

“The inflation rate could remain in the double digits beyond the turn of the year,” it noted. There is still strong cost pressure, especially for industrial products on the upstream stages. Energy prices have recently been declining but are still at a very high level. Passing of raw material prices is not yet complete.

ECB de Guindos: We will continue to raise interest rates

ECB Vice-President Luis de Guindos said at a finance event, “we will continue to raise interest rates to a level that allows us to ensure that inflation converges towards our definition of price stability.”

“It is very important to look at the evolution of underlying inflation and possible second round effects because they will determine the response of monetary policy,” De Guindos said.

While he expect inflation to slow in Q1 or H1 of next year, “we also believe core inflation will be high in coming months.” Also, he noted, “it is very possible that in the fourth quarter and the first quarter of next year we will have negative growth rates.”

Eurozone PMI composite ticked up to 47.8, consistent with -0.2% GDP contraction in Q4

“A further fall in business activity in November adds to the chances of the eurozone economy slipping into recession. So far, the data for the fourth quarter are consistent with GDP contracting at a quarterly rate of just over 0.2%.

“However, the November PMI data also bring some tentative good news. In particular, the overall rate of decline has eased compared to October. Most encouragingly, supply constraints are showing signs of easing, with supplier performance even improving in the region’s manufacturing heartland of Germany. Warm weather has also allayed some of the fears over energy shortages in the winter months.

“Price pressures, the recent surge of which has prompted further policy tightening from the ECB, are also now showing signs of cooling, most noticeably in the manufacturing sector. Not only should this help contain the cost of living crisis to some extent, but the brighter inflation outlook should take some pressure off the need for further aggressive policy tightening.

“However, it’s clear that manufacturing remains in a worryingly severe downturn, and service sector activity is also still under intense pressure, both largely as a result of the cost of living crisis and recent tightening of financial conditions. A recession therefore looks likely, though the latest data provide hope that the scale of the downturn may not be as severe as previously feared.”

UK PMI composite ticked up to 48.3, downturn will deepen into new year

“A further steep fall in business activity in November adds to growing signs that the UK is in recession, with GDP likely to fall for a second consecutive quarter in the closing months of 2022.

“If pandemic lockdown months are excluded, the PMI for the fourth quarter so far is signalling the steepest economic contraction since the height of the global financial crisis in the first quarter of 2009, consistent with the economy contracting at a quarterly rate of 0.4%. ”

Forward-looking indicators, notably an increasingly steep drop in demand for goods and services, suggest the downturn will deepen as we head into the new year.”

RBNZ raises the Official Cash Rate by a record 75bps to 4.25% as widely expected. The central bank maintained that “monetary conditions needed to continue to tighten further, so as to be confident there is sufficient restraint on spending to bring inflation back within its 1-3 percent per annum target range.”

During the meeting, increases of 50, 75 and 100bps were considered. But members agreed that “a larger increase in the OCR was appropriate, given the resilience of domestic spending, and the higher and more persistent actual and expected inflation outcomes.”

But on the “balances of risks”, a 75bps hike was “appropriate at this meeting”. Members highlights that “the cumulative tightening of monetary conditions delivered to date continues to pass through to the economy via the lagged transmission to effective retail interest rates.”

“That said, with price inflation further climbing in November, the pressure remains on the central bank to keep tightening monetary policy to rein in prices. This is also amid indications of solid employment growth from the PMI data.

“The mix of deteriorating demand and worsening price pressures does not bode well for the near-term outlook, and this has also been reinforced by the decline in private sector confidence in November.” 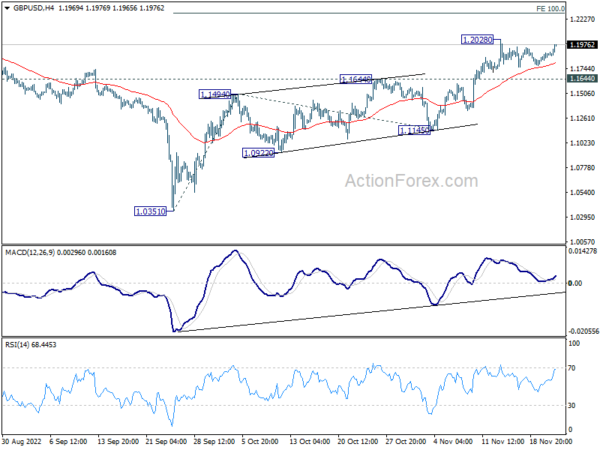 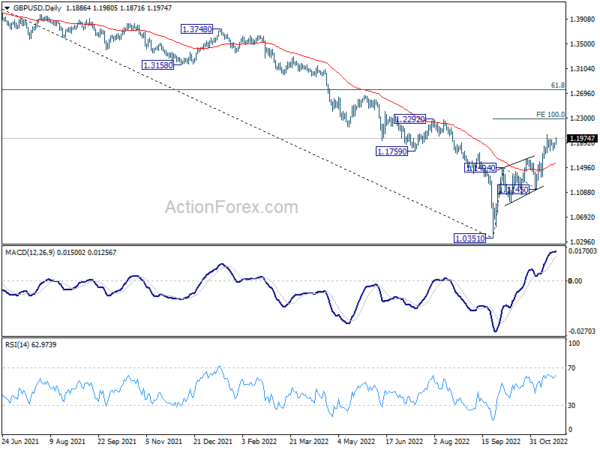