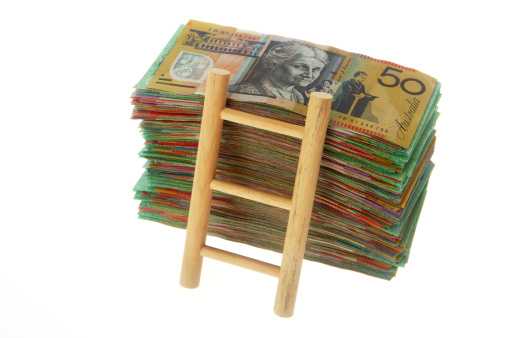 Australian Dollar rebounds broadly today, as risk-on sentiment continues in Asian session. For now, Yen is still supported solidly by BoJ’s action earlier in the week, even though 10-year JGB yield dips back towards 0.4% level. However, Dollar and Swiss Franc are turning softer together with Loonie. Meanwhile, Euro and Sterling are mixed, awaiting the trigger for the next move.

Technically, EUR/GBP is extending the rebound from 0.8545 even though upside momentum is unconvincing. Near term focus will be on reaction to 0.8827 resistance. Rejection by this resistance will retain near term bearishness in the cross, for breaking through 0.8545 support at a later stage. However, firm break there will argue that whole decline from 0.9267 has completed and turn near term outlook bearish. It’s a development to watch before the end of the year. 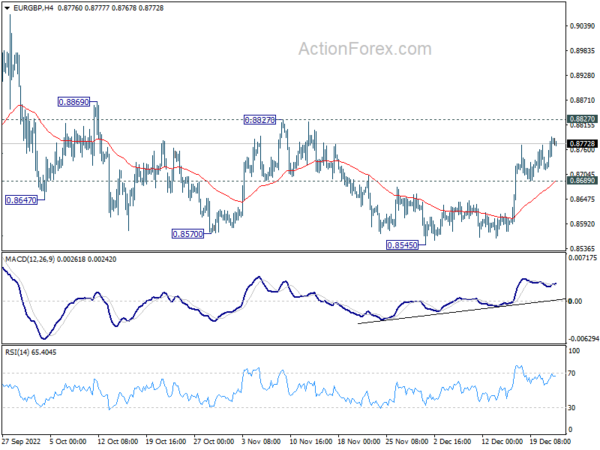 Oil prices extended the near term rebound this week as winter storm hit the US. Heating demand would be boosted by the arctic blast, offsetting the curbed travel plans. Also, as reported yesterday, US oil inventories unexpected dropped -5.9m barrels in the week ending December 16.

WTI is extending the rebound from 70.34 short term bottom and hit as high as 78.95 so far. While further rise cannot be ruled out, it’s too early to confirm the end of the medium term down trend, not to mention a reversal. There level layers of resistance ahead at 55 day EMA (now at 82.03), 83.82 resistance and then trend line resistance at 85.07.

Another decline will remain in favor for now, at a later stage. Break of 73.52 minor support will likely send WTI through 70.34 low. 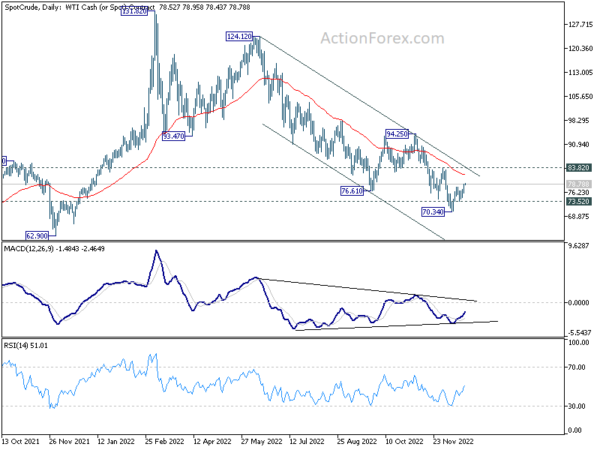 As risk-on sentiment carried forward to Asian sessions, Aussie is benefiting much more than Kiwi for now. AUD/NZD is extending the rebound from 1.0469 and hit as high as 1.0640 so far.

A short term bottom should be confirmed at 1.0469 with break of the near term channel resistance, on bullish convergence condition in hour MACD. Yet, the rebound should be more of a result of deeply oversold condition, as seen in daily RSI. It’s too early to call for a trend reversal. 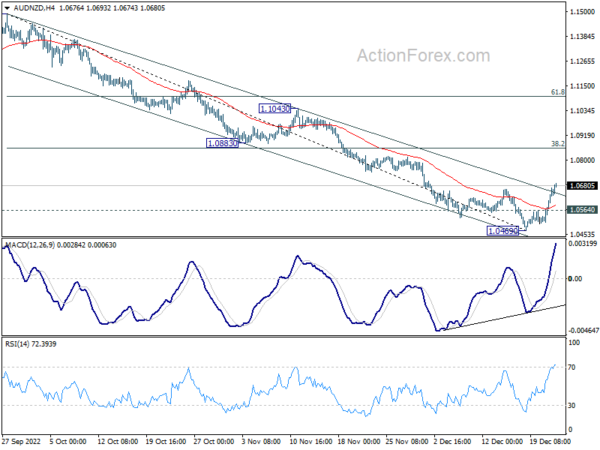 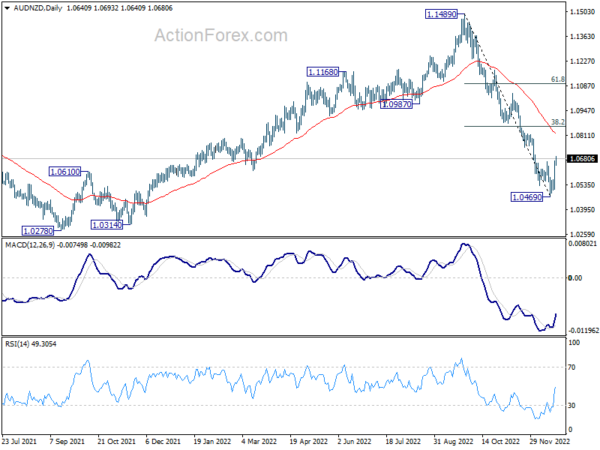 UK Q3 GDP final and current account will be released in European session. Later in the day, US will release jobless claims and Q3 GDP final too. 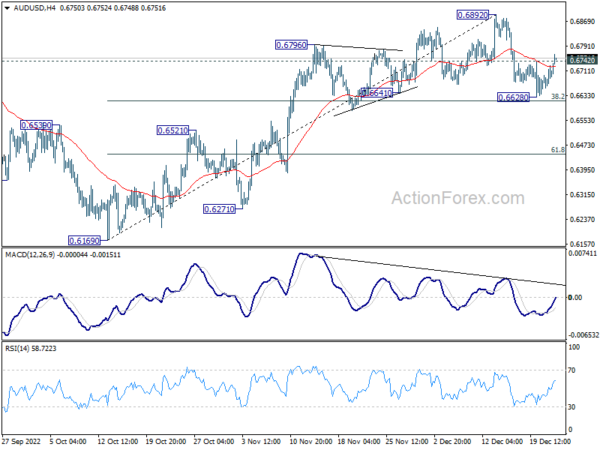 In the bigger picture, it’s still unsure if price actions from 0.6169 medium term bottom are developing into a corrective pattern or trend reversal. Rejection by 38.2% retracement of 0.8006 to 0.6169 at 0.6871 will maintain medium term bearishness for another fall through 0.6169 at a later stage. However, firm break of 0.6871, and sustained trading above 55 week EMA (now at 0.6900) will raise the chance of the start of a bullish up trend. 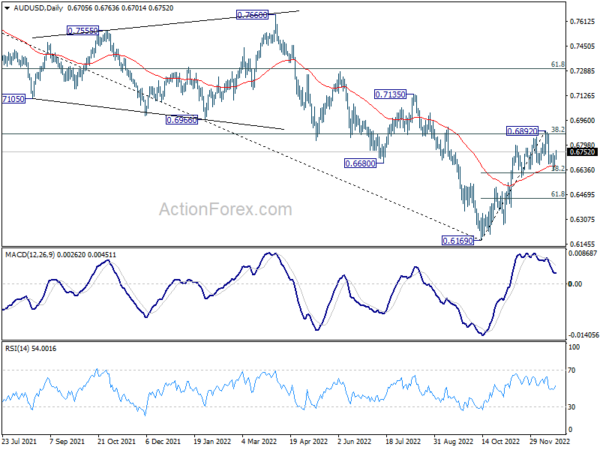